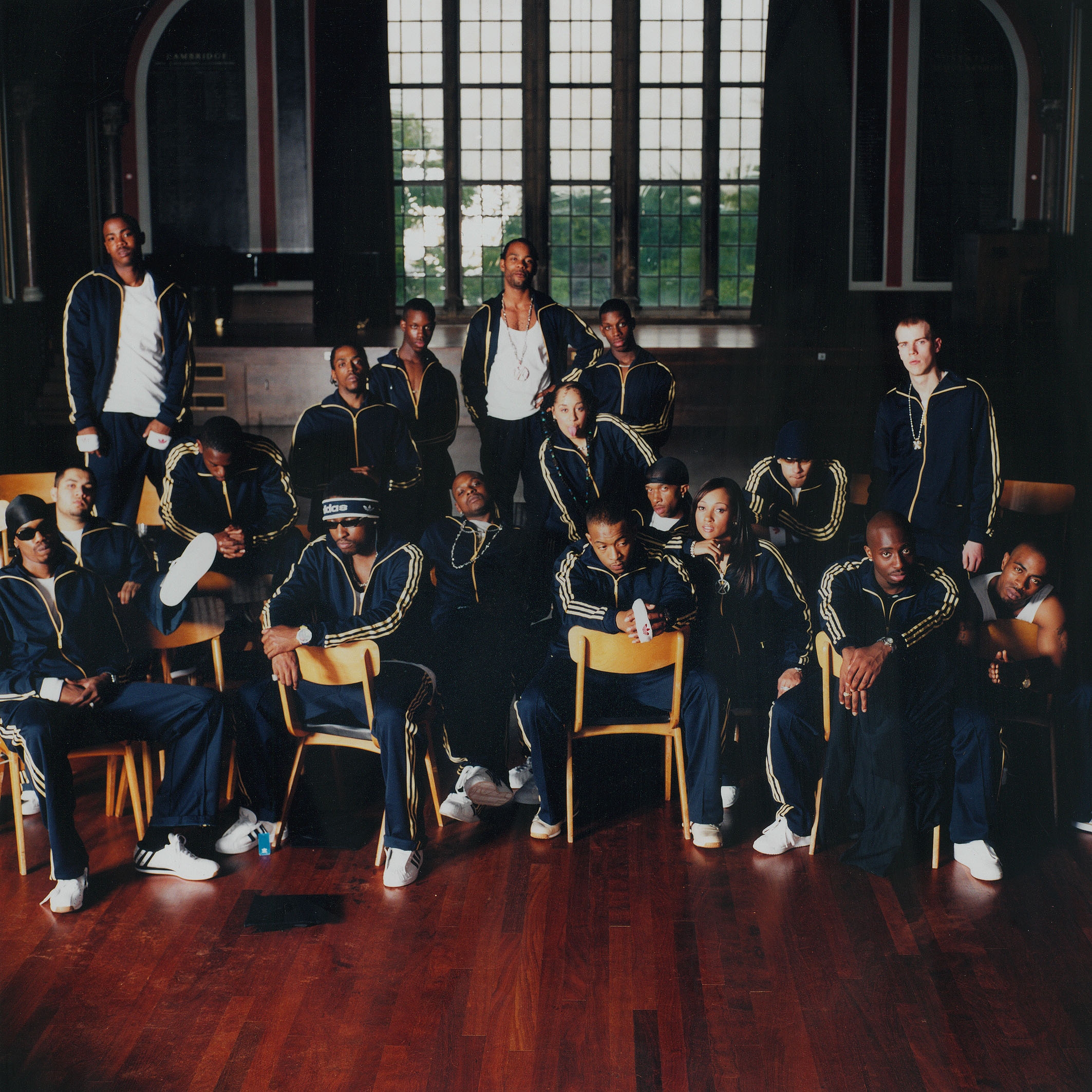 That however is the power of the number one selling track 21 Seconds released in 2001 that took a group of youngsters from their lives on the Kambala estates to a group that was literally cleaning up when it came to awards and platinum selling music.

They are back now after ten years and everything that could happen to a group of young people growing up in a degree of media spotlight has happened in one shape or another.

Anyway they are back and its like they have truly never been away (excuse the obvious cliche)-a performance lined up at the MOBOS being just the tip of a return and a new track called UK Hot Wid It.

Flavourmag caught up with Mc Harvey and Megamen to talk about So Solid pre fame, So Solid at their height and of course So Solid as they make a return-will it be triumphant or not? Ok first off just give us a bit of back story about So Solid and how the crew became a phenomenon that took over the UK charts in 2001.
Megaman: I had a dream of us being famous and having lots of money and making sure that could happen was the first empowering dream that I had. I don’t think that dreams are necessarily going to happen because you sometimes you have to work hard to make that dream a reality.
Harvey: Look, we were all kids from Clapham Junction you are not going to think that you are going to be winning Brits and Mobos. It was mad because at the time when it was Mega, Mac and G hard on the road promoting things I was playing semi professional football and I would come back at the weekends. It was crazy though because when I came back (and you know I had known these guys for years) there was this buzz going around.

The media focused on So Solid being a gang; it must have been difficult dealing with these negative ideas about the crew?
Megaman: It was more frustrating. What people did not understand was So Solid was not a gang we had artist signed from different areas we were a collective. So Solid was built as an organisation to bring through talent and get these talents their first albums out of the way-it’s even written in their contracts-once you get your first album out of the way you are free to go.
Harvey: The So Solid idea the name was and is about a crew of friends together who want to purse music-its a vision.

We obviously have to talk about 21 Seconds.
Megaman: You see the thing is 21 Seconds- they said it wasn’t a club track and it would not work-they said it was not a radio friendly track-they said that it wouldn’t work but when it went to number one they supported it!
Harvey: It was funny because at that time we did not even know what we were really doing it was almost like subliminal genius really because everything we started to touch was turning to gold. By the time we realised it we had platinum albums, top tens and courts cases.

At that time “urban” was not even really a used word so why did the establishment and mainstream get onto So Solid?
Megaman: Remember we only became relevant to the mainstream 2000/1 so at that time we were putting on our own raves, we were getting three thousand people turning up to see us at the raves-we were ramming out Astoria bigger than artist who were signed. So you got to understand that by the time we got to the labels their work was easy.
Harvey: The fact that we were jamming out raves and turning over twenty five thousand pounds as teenagers the labels saw that and they wanted to know. Those days were about being big in the clubs and having your vinyl in all the shops and all the pirates playing your music once that was happening then the labels wanted you simple as.

So Solid was basically happening anyway then.

From performing and being on bookings we set up our own raves and did it to the same levels as say Garage Nations. When they stopped us from running Supreme Fm or running a pirate station we set up our own Delight FM which was as big as the Supremes. When they did not want to put out our music we did our own white labels and our own agency we just made things happen which again is probably what help us to be successful. Ok present day one bit of controversy to clear up-this Lovebox thing what really happened?
Harvey: It was taken out of context. We had been cleared up and down the UK for tour dates and the same company who are involved in our tour dates is the same company that does Lovebox. The issue was between Lovebox and Hackney council to put the right things in place to facilitate the fact that So Solid can bring a crowd. When I spoke to the heads it was nothing to do with an artist.

Ok so what’s on the agenda as So Solid makes a re-emergence?
Megaman: Well we have UK Hot Wid It which is just a message saying we are repping the UK. We have The Best Of compilation, the MOBOS and then the O2 arena. We have two tracks which we are loving one called Bagpipes and when you hear the track you are going to know why and then we have a track featuring Kele Le Roc. We really cannot wait for people to hear that and we consciously wanted to reach out to Kele. We did not want some name from now this is about great artists like the Keles and the Sholas who made names at a time when it was so difficult to do so.

Harvey: In truth that is So Solid! I honestly say that with no arrogance because any artist that you watch in interviews that has come up from a Chipmunk, to a Wretch to a Tinie have been affected by So Solid-Tinie has a tune out now with J Cole what’s his first bar? “grew up listening to So Solid essentials” it says what it does on the tin and it will never be replicated or duplicated.

Megaman: So Solid is about legacy and if you don’t want to support that then there is something wrong with you.

PS-You may have noticed the lone picture of Lisa Maffia that may make you think that it was put there for my own personal pleasure. You are right-ohhh Lisa!