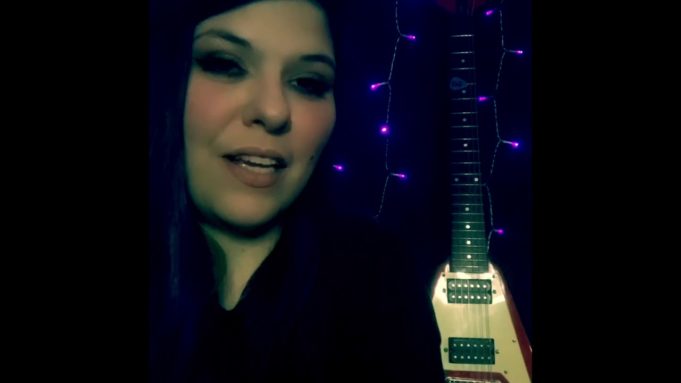 The creative process involved in the making of Castle Dark was one with no calculated moves, much like her style of music. Stormie Bleu Haworth creates music with no strict rules, freely producing a sound that comes from her raw soul and emotion.

Stormie is one of the most colourful artists to grace any stage with her electrifying performances, her music is both refreshing and powerful. Her style flamboyant style captivates audiences, bringing life to the stage with every performance.

Having been influenced by music at a young age, Stormie went on to work in the entertainment industry for the likes of Nickelodeon and Universal Studios as well as becoming a proud author.

Some of her earlier music successes come from recording her 1st single ” Breaking Into The Light ” at Jack White’s Third Man Records Recording Service. This track was recorded and pressed to vinyl on the same machine that Elvis Presley recorded his first single to vinyl in 1953.

The video behind Castle Dark is a hazy visual with blue tones being the primary theme.
Stormie hopes to showcase the video that goes alongside this single on the 31st October.

Her latest single is a Soft Rock power single that expresses her vocal range and instrumental talent. Castle Dark is available now.