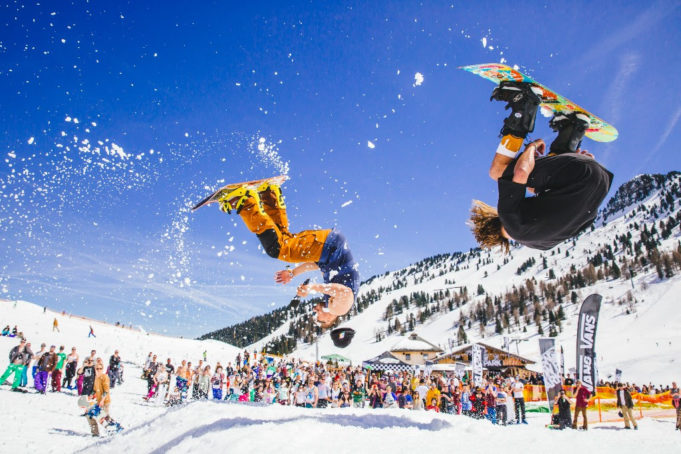 The Original. Unparalleled. Undeniably Epic. For over two decades, Snowbombing has blazed a trail as the greatest party on the planet, bringing thousands upon thousands together for an unprecedented week of celebrations galore.

Marking 20 phenomenal years, Snowbombing 2019 is stepping things up the only way they know how – by bringing the biggest and the best to the mountains and streets of Mayrhofen for an unmissable week that has to be seen to be believed. When you think of a party, who do you call in 2019? You call Stormzy – one of the most important British artists of this generation, serving up a special slice of headlining goodness on the Mayrhofen slopes. Since bursting onto TV screens at the end of 2014, Stormzy has become a cultural hero, with debut album ‘Gang Signs & Prayer’ scooping awards and acclaim across the board as it stormed to number 1. Outspoken and influential, his live shows have become a true incendiary spectacle, and you can guarantee his show at Snowbombing 2019 will mark an exciting new chapter for the Wicked Skengman himself. When you think of Snowbombing, you think of The Prodigy. The iconic rave trio stand in a league of their own as one of the planet’s most celebrated live forces, triggering moshpits and pandemonium for nearly 30 years. Constantly reinventing and firing back on all cylinders, it’s only right that they return home to headline Snowbombing’s 20th Birthday in 2019. Another true original, Fatboy Slim is arguably the definitive name in electronic music, helping shift and shape the genre into a global stadium-filling power. With an arsenal of classic hits under his belt, expect the mountains to be alive with the sounds of a Snowbombing king. Spanning across five special days in Mayrhofen, Snowbombing 2019 is filled with some of the most exciting names in modern dance, bringing beats and big moments at every step. Drum and bass heavyweight Andy C will take the decks for a thrilling journey through dance history, whilst breakthrough electronic favourites Bicep (DJ Set) will return to Snowbombing after their memorable set at The Racket Club last year. ‘Superstylin’ hitmakers Groove Armada (DJ) will be taking to the stage with the sort of set that combines almost 25 years of club expertise to the fore into one unmissable takeover. Elsewhere, live favourites Kurupt FM will bring their garage laughs to the slopes, with the celebrated Denis Sulta and the revered Hannah Wants spinning electric sets for Snowbombers. After his celebrated secret set in Hans The Butcher last year, Artwork is bound to create even more memories, with fellow party-starter Skream also bringing the birthday vibes with a vibrant set expected under Mayhrofen skies. With the likes of Maribou State (DJ Set), Hunee, Eats Everything, Monki, James Zabiela, Solardo, Saoirse, Melé, Doorly, Special Request, Craig Charles, Cassy, Barely Legal, Waze & Odyssey and more also booked in for the big birthday bash, Snowbombing is packed to the rafters with all the fun of the fair.