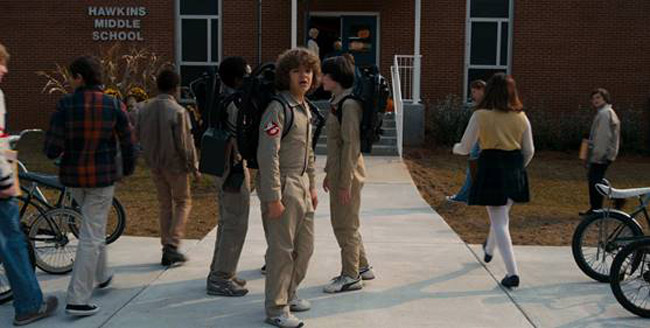 One of last years hottest Netflix series, Stranger Things, had everyone gripped with its eerie storyline which saw a major buzz demanding another series.

Thankfully, we haven’t had to wait too long to find out when it will be hitting our screens again, unfortunately, we are going to have to wait another long eight months to find out what happens next as it won’t be hitting Netflix until Halloween 2017.

In the meantime, we have this brand new trailer, featuring footage from a classic Eggo commercial that debuted in 1979 and aired in the 80s, which aired during last nights Superbowl.

About Stranger Things 2: A year after Will’s return, everything seems back to normal… but a darkness lurks just beneath the surface, threatening all of Hawkins.