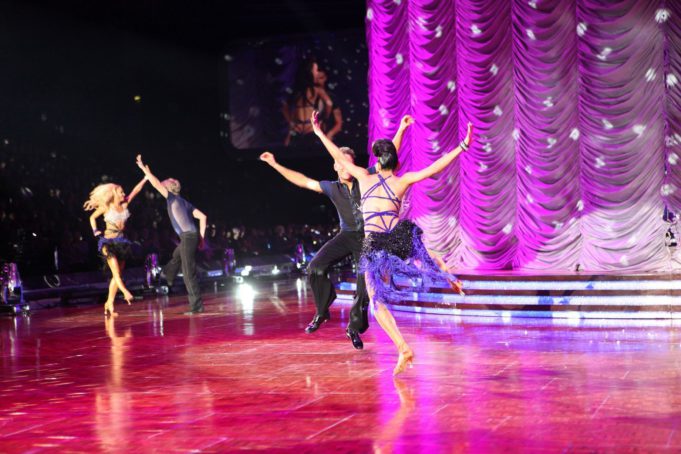 Strictly Come Dancing 10th Anniversary Live Tour comes to The O2. Craig David to play The O2 as part of his ‘Following My Intuition’ tour. Harlem Globetrotters bring their 2017 world tour to The O2

Celebrating ten fabulous years, the Strictly Come Dancing Live UK Tour extravaganza is back at The O2 on 11th and 12th February 2017.

Tickets go on sale at 10am on 23 September and are available at www.ticketmaster.co.uk

BBC One’s hugely popular entertainment show Strictly Come Dancing returns to TV screens later this month with a new exciting celebrity line-up and a host of breath-taking dance routines guaranteed to leave audiences spellbound. Strictly’s Live Tour is no different – this must-see event for fans of all ages brings the magic of the TV show to The O2.

This year’s tour will star TV Judges Len Goodman and Craig Revel Horwood.  They will be joined on the judging panel by former Strictly professional dancer and winner of the 2006 series, Karen Hardy.  The tour will also feature a brand new host, Countryfile’s Anita Rani, who was a semi-finalist in the 2015 series and a contestant on this year’s live tour.

Craig David to play The O2 as part of his ‘Following My Intuition’ tour. Ahead of the release of his highly anticipated new album, ‘Following My Intuition’ out 30th September, Craig David announces the UK leg of his World Tour. The tour will be his biggest UK arena tour in 15 years, hitting The O2 on Saturday 25 March.

Tickets go on sale at 10am on Friday 23 September and are available at www.ticketmaster.co.uk

“I’m beyond excited to announce this tour!  It’s been 15 years since I did an arena tour here in the UK and I want to enjoy every single second this time around.

“I don’t take anything for granted and this tour honestly means the world to me.  I feel so lucky to be able to travel the UK and perform tracks off my new album, as well as some of my classics and to invite everyone to enjoy the TS5 experience too.  I have no words for how amazing this year has been for me and I want to thank you all for the incredible love and support you have shown me.  I can’t wait to see you on tour!”

Demand for Craig’s live shows are higher than ever following the incredible success of his world famous, critically acclaimed ‘TS5’ shows.  Starting out as the most exclusive pre-party in Miami, hosted in his penthouse home, Tower Suite 5, ‘TS5’ has gone on to become the must-see live event of the summer with Craig playing sets at the biggest festivals and clubs around the world.  Having previously sold-out London’s KOKO, Brixton Academy and the Manchester Academy in a matter of seconds, he also took over Glastonbury’s Sonic Stage, bringing over 25k people to the tent and achieving the record for the biggest crowd at the stage in Glastonbury history.  Craig has also spent his is summer in Ibiza with his residency at Ibiza Rocks Hotel.

Craig is proud and excited to be taking singer-songwriter, Lauren Faith with him on this tour as his special guest.  21-year-old Lauren worked with Craig on his new album providing stunning vocals and co-writing on tracks ‘Got it Good’ and ‘Sink or Swim’.  Lauren says, “I’m so excited to have been invited to work with Craig on this tour. This is a real game changer for me.”

Harlem Globetrotters bring their 2017 world tour to The O2 The world famous Harlem Globetrotters, featuring some of the most electrifying athletes on the planet, will bring their spectacular show to The O2 on 16 April 2017 as part of their world tour.

Tickets go on sale at 9am on 23 September and are available at www.ticketmaster.co.uk