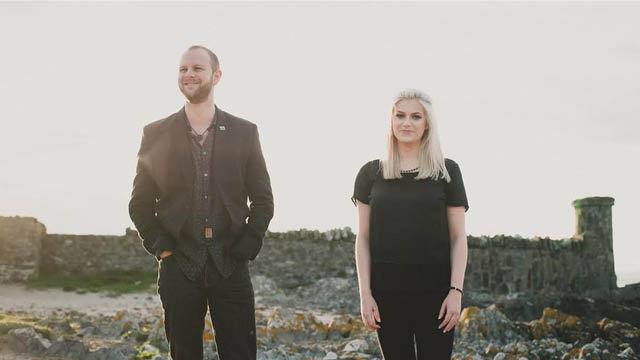 ‘Little Freddie Goes To School’ is the new single from Irish composer Stuart Leathem which features the vocals of singer-songwriter Ester Trousdale and icon Freddie Mercury.

The single was premiered at the Official Freddie Mercury Birthday Party at the Casino Barriere Montreux, Switzerland. The track samples two rare Freddie Mercury vocals taken from his original Barcelona sessions, ‘When This Old Tired Body Wants To Sing’ and ‘The Golden Boy’.

The release will benefit The Mercury Pheonix Trust; the HIV/AIDS charity set up in Freddie Mercury’s name following his death in 1991. Royalties from the single will go towards the charity’s global initiatives to educate, prevent and help fight against HIV/AIDS in places where medication is unaffordable.  Composer, Stuart Leathem mentions, ‘It is an honor to be able to support The Mercury Pheonix Trust with this song.’

Stuart Leathem’s work has earned him acclaim across a broad range of critics and was recently honored as guest composer at Oxford University. His latest single, ‘Little Freddie Goes To School’ includes Indian instrumentation with a dark soundtrack feel.  The Irish composer mentions ‘I wanted to create a song that sounded as if Freddie Mercury had recorded something new’. With demand for new content from the legendary icon Stuart continues ‘I also wanted to look at his life from a different angle and create an unconventional tribute to him’.

Available to purchase now, the stunning new single is a chance for Queen fans and music lovers alike to experience Freddie Mercury in a different light. Proceeds from the single will continue to benefit The Mercury Pheonix Trust and more information can found on the official site.