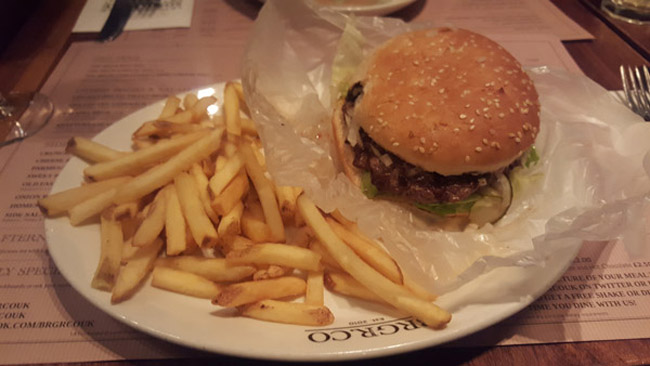 Last night we attended the launch of Studiocanal and BRGR’s The Founder burger in honour of this week’s release of the film, which stars Michael Keaton.

Starring Michael Keaton, The Founder tells of the rise of Ray Kroc and how this persistent businessman managed to take McDonald’s to a global level. The Founder BRGR will launch in both BRGR.CO’s venues – Soho and King’s Road on Monday 13th February and will remain available to the public for two weeks until 26th February. Related: The Many Faces of Michael Keaton

The Founder is a drama that tells the true story of how Ray Kroc (Keaton), a salesman from  Illinois, met Mac and Dick McDonald, who were running a burger operation in 1950s Southern California. Kroc was impressed by the brothers’ speedy system of making the food and saw franchise potential. He manoeuvred himself into a position to be able to pull the company from the brothers and create a billion-dollar empire.