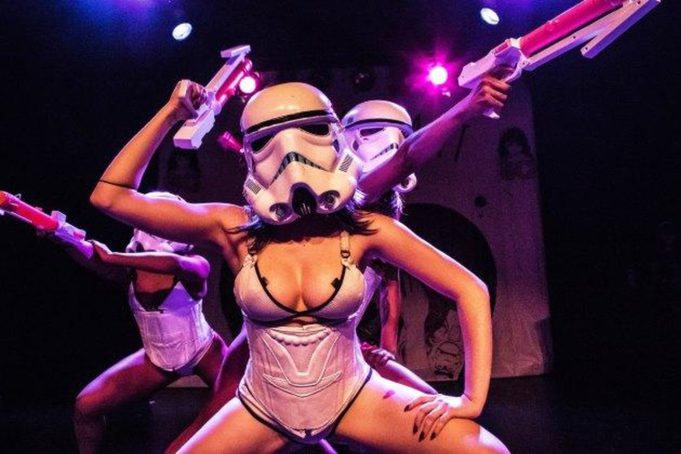 The wait is almost over as the SuicideGirls: Blackheart Burlesque is back! Aug 5th – Electric Ballroom (London).

Blackheart Burlesque performance in London, UK! The most creative, sexy, and all-around fun show has been revamped for this year’s United Kingdom visit. This geek fantasy spectacular will amaze, as the girls perform the sexiest striptease numbers, filled with pop-culture references.

The girls will be landing in London August 5th, and performing this one-of-a- kind cabaret performance at the Electric Ballroom. Tickets are on sale now at BlackheartBurlesque.com

“The show is unlike anything you have ever seen. It’s tongue-in-cheek, it’s sexy, it’s fun, it’s silly and highly choreographed. It’s impossible to leave without a smile!” – Missy Suicide, founder of SuicideGirls

SuicideGirls, an online community that celebrates alternative beauty and indie culture from around the world, has taken classic burlesque and added a spin to satisfy everyone’s geek side. Star Wars, Fifty Shades of Grey, Clockwork Orange, and Harry Potter are a few of the pop-culture references in the show – We challenge you to find them all!

To ensure the performance is unforgettable, SuicideGirls has joined up with world-renowned choreographer, Manwe Sauls-Addison, who has worked with performers such as Beyoncé, Jennifer Lopez and Lady Gaga.

SuicideGirls has been re-imagining burlesque since 2002. They have been consistently on the road for the past 3 years; playing sold out shows across the United States and world-wide. The girls have huge plans ahead, with a first time appearance in Germany this fall!

After four incredible events with the wildest UK SuicideGirls, Electric Ballroom is proud to present the fifth performance featuring all your favourite SuicideGirls and Hopefuls! Join the girls again on August 5th, for another incredible, and memorable experience!