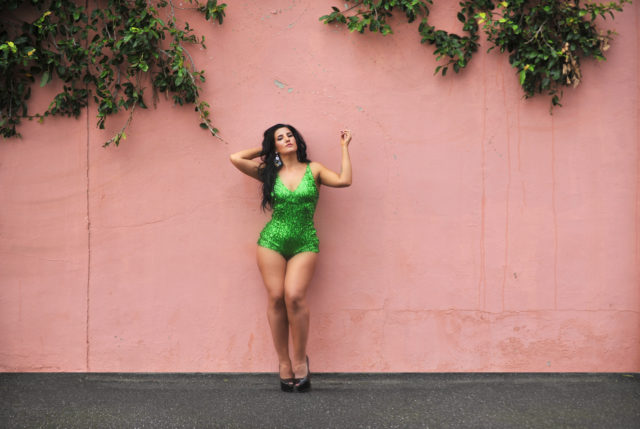 ‘Put it down’ is a single from her upcoming album ‘It’s Just What I like’ featuring Mister Goldfinger aka Ray Angry. Angry has worked with the best in jazz, R&B, and hip-hop and regularly plays on Jimmy Fallon with The Roots. The track was both written and produced by Zoe K and recorded in New Orleans with some of New Orleans greatest mainstays such as Mike Bass (Trombone Shorty) and Raja Kassis (Antibalas).

The songstress had already started to record her album at The Aviary Recording Hub in Melbourne when she embarked on a trip to the states. In the states her collaborations saw her return and play shows at Rockwood Music Hall NYC, Howlin Wolf New Orleans and also be a featured vocalist for HBO Treme star and Trumpet extraordinaire, Kermit Ruffins. Two years later she has a complete album recorded and featuring musicians from Australia, New Orleans and New York.

Zoe K is a proudly independent artist and is renown for her non-traditional interpretation of soul, blues and jazz.

Her forthcoming second album ‘It’s Just What I Like’ is brimming with Zoe’s vivacious personality. The title comes from the cross-over of jazz, soul and nu soul influences on the record.