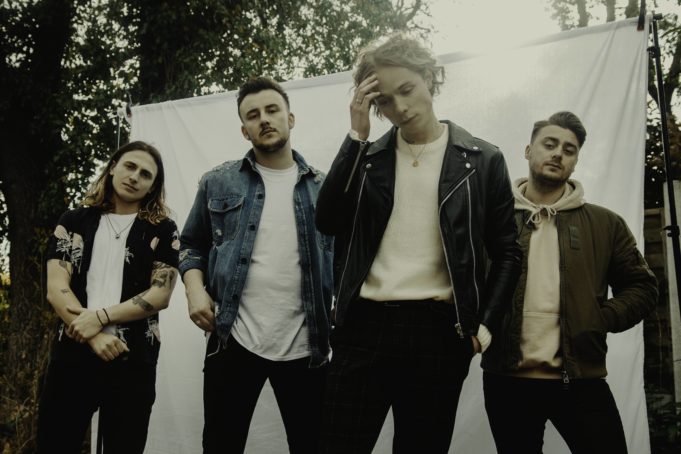 Led by frontman Tom Harper-Ward, the Essex-based band take their sound to the next level with raw yet soaring vocals, the track explores accepting your own insecurities and being optimistic.

Talking to us about their new track, Tom tells us “For me especially being in this band and being a musician, I find myself getting stressed and having a lot of anxiety, but I know things will get better.”

From playing at Reading Festival last year to touring all around Europe, Sun Arcana are not about to start slowing down just yet.

With the announcement of their new EP ‘Just Another Dream Away’ – out November 15th, Tom said “It feels so good to be releasing music again. I can’t explain how hard it has been not being able to show everyone what we have been up to. I think it was necessary to have a reset and come back with a bang.”

The four-piece are gearing up for their headline performance at The Grace in Islington, London on November 26th 2019 which is a show that’s not to be missed!