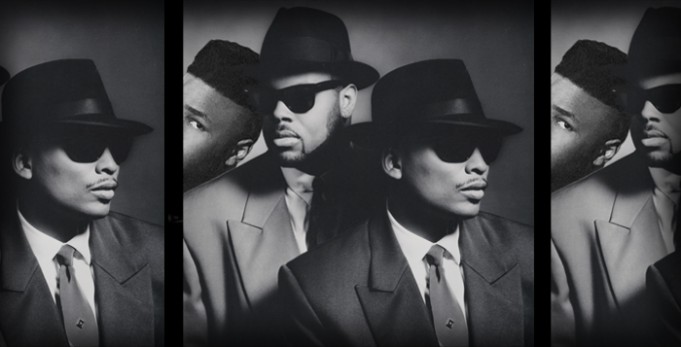 Hi, I’m MNEK. I’m here to talk to you about Jimmy Jam & Terry Lewis. Two writer-producer extraordinaire(s), Jam & Lewis have written and produced 41 top ten singles in the US, and earned more than 100 gold, platinum, multi-platinum and diamond albums for their work with such artists as Janet Jackson, Boyz II Men, Usher, Mary J. Blige, and Mariah Carey just to name a few.

Their music has played a massive part in my career. The soul, the funk, the melodies, the musicality and energy of their music – past to present – has inspired everything I make. Living legends! So because I’m such a big fan, picking my top 10 Jam & Lewis songs is gonna be tricky! But let’s have a crack at it!

“Runaway” is an incredibly intelligent song. The song itself is about a ‘gypsy’, someone constantly going around the world to different places, but feels the void that’s missing is their lover. It could have been simple to just leave it at that but what Jam & Lewis did is produce a backing track that was influenced by music all around the world. Such a LAYERED song, there was no way it wasn’t gonna be #1. Listening to this song makes me wanna go around the world.

Favourite lyric:
“We’ll sail the waters of many colours
Won’t need a compass, love will guide our way”

Michael + Janet’s rebel yell about injustice in the media under another one of Jam & Lewis’ multi-layered powerful productions. I loved both their performances in the song. Apart from the brother + sister bond, they both evoked an emotion of anger and genuine hurt. This song came on TV a lot when I was a kid. The video for it is a thing BY ITSELF. Incredibly filmed video for an incredibly produced and written song.

Favourite lyric:
“You find your pleasure scandalising every lie”

Human League were a 80’s synth-pop band popular for “DON’TYEWWANTMEBAYBEEEEEEEH….DON’TYEWWANTMEAAAOOOOHHH”. They were writing material for their fifth album and just thought everything they were coming up with was shit. So their label were like “Actually, Jam & Lewis have a few tunes, would you like to record them”. They ummed + ahhhhed for a bit to end up recording what would become their biggest hit.

Favourite lyric:
“I forgive you, now I ask the same of you
While we were apart, I was human too”

First things first, Mariah Carey sang the fuck out of this song. A beautiful poignant ballad from the underrated “Glitter” soundtrack, Jam & Lewis co-wrote and produced a lot of the soundtrack and one of the many shining moments was this one here. I first heard this when the movie came out, and was blown away by how beautiful the song was, and how beautifully it was sung.

Favourite lyric:
“A place in time still belongs to us,
Stays reserved in my mind, in the memories – I find solace”

Another Janet song. This one is an album track from the Velvet Rope album in 1997. This song is a song that was ahead of its time. The song concept? A girl who falls in love with a man over an internet chat room. The beat? Filled with cut-up countdown and harp samples and frantic, busy 808s that, while being nostalgic to the freestyle era of the 80’s, are not too rhythmically dissimilar to the garage music that would be dominating radio two years after “Empty”’s inception.

Favourite lyric:
“Your phrases, descriptive
And through the textured words
With beauty
You post it
And use such colored verbs
We’ve never met”

“If It Isn’t Love” was a turning point in New Edition’s career. Arguably their coming of age anthem – it was a song about a guy who leaves a relationship because he doesn’t want to fall in love. But then he’s like “JK, I’m totally in love with this girl”. I think we can all relate to not knowing what we got til it’s gone. (REFERENCE!!!)

Favourite lyric:
“It took my heart
To shatter in a thousand pieces
Before I’d ever drop my pride

Jordan Knight once upon a time was in a boyband called “New Kids on The Block”. In 1999, with the help of Jam & Lewis and a then-unknown singer-songwriter named Robin Thicke (on BVs also), the Miami Bass-inspired song was a hit on both sides of the shore. I love this song’s energy, and it’s also a testament to Jam & Lewis’ innate ability to incorporate different styles of music into their sound.

Favourite lyric:
“Anyone can make you sweat,
But I…can keep you wet”

I remember the first time I heard this song was via the Kelis + Richard X version, which I thought was incredible. Then, I discovered it was a cover of S.O.S Band and preferred the original. The sentiment of the song is beautiful and I remember listening to it and feeling like it really takes you to the scenario of being with someone who’s incomparable (as the song suggests). Stellar tune.

Favourite lyric:
“If I had to choose
I’d be by myself
I wanna be in love
But with nobody else”

I have a story attached to this song. I was 17 and in LA. My A&R at Cherrytree, Martin Kierzanbaum, told me he had a surprise for me. Little did I know the surprise was gonna be to meet Terry Lewis. So, I went into the Flyte Time studio in Santa Monica, met him and played him music I had started. Terry then reminisced on a song he had done with a group named “Sounds of Blackness”. At the time, that was one Jam & Lewis song I hadn’t heard. He played it… and I was blown away. A beautiful break-driven Gospel song, with amazing lyrics and vocals. I was in awe of the musicality.

Favourite lyric:
“No matter how hard reality seems
Just hold on to your dreams”

Alexander O’Neal is still extremely underrated. Alongside Janet Jackson and SOS Band, O’Neal was one of Jam & Lewis’ exclusive projects where they’d create albums and essentially a sound with them. “Criticize”, from O Neal’s second album “Hearsay”, was full of attitude and direct with its lyrics and Alexander’s vocal performance. The production, as punchy and instant as it was romantic and smooth, was the perfect backing. It was a massive hit in the UK. Not so massive in America.