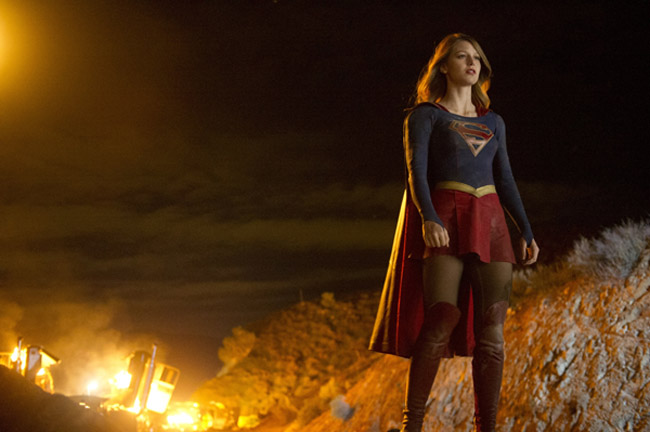 There’s no denying that female superheroes can hold their own in the superhero world, without the help of men.

Full of independence and sassiness, they are important role models to girls all around the globe. A well-loved female hero is Supergirl, played by Melissa Benoist. To celebrate the release of Supergirl season 1 on Blu-ray™ and DVD on July 25th we take a look at our favourite female superheroes. Johansson has portrayed the sultry superhero in various films from Iron Man 2, to most recently, Captain America: Civil War. Real name Natasha Romanoff, she is a brutal assassin with an array of impressive skills up her sleeve. She earned the name Black Widow due to her ruthlessness and no team sent to take her down manage to do so. She effortlessly takes fully grown men down – and looks great while doing it! The cunning Selina Kyle was played by Anne Hathaway in The Dark Knight Rises who is a professional cat burglar. Her run-ins with Bruce Wayne cause them to develop a playful, but elusive relationship as he struggles to know who’s side she is on. She is a mistress of disguise and uses her good looks to con men into doing just what she wants them to. She is an expert in gymnastics, even in her bladed high heeled boots. Gadot has taken on the iconic role of the warrior princess of the Amazon, Diana Prince. She will star as the heroine in three films in total. Her debut appearance was in Batman Vs Superman: Dawn of Justice and she is to star in a solo movie due out in 2017. In the stand alone film, she is a younger more naïve Diana Prince and she will discover the full extent of her powers and become the Wonder Woman that we know and love.

Strong is no stranger to this role as she has voiced the character more than 10 times! Her most recent adventure, Batman: The Killing Joke sees her as the sassy Barbara Gordon. Daughter of Commissioner Gordon, she is trained in judo and karate and is a total genius. So not only does she have the brains, she’s got the moves as well. In season 1 of action adventure drama TV series, Kara Zor-El has to learn to accept her powers and who she really is after years of hiding and pretending to be a normal human being. She is host to many superhero talents, including X-ray vision, super strength and the ability to fly. Although she is less confident than her cousin, Superman, she finds her feet and shows just how caring and courageous she can be.