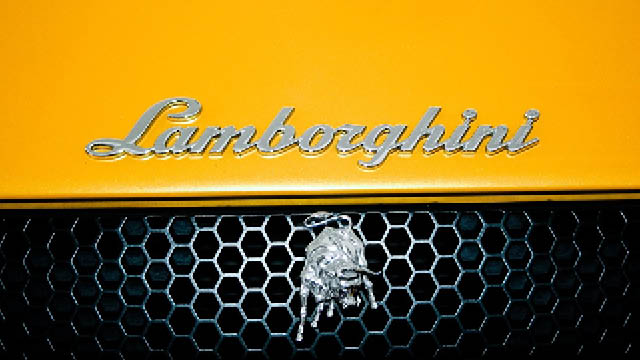 If you’re planning to browse around a few car showrooms this year, taking with you a lot of money screaming to be spent on a shiny, luxurious supercar, you might want to keep an eye out for the following beauties.

All of these prestige motors will be released at some point in 2016, and deciding which of them is best poses a gargantuan task that would leave even Harry Hill perplexed.

The Abarth 500 is relatively small for a supercar, but its impressive speed and performance seem to prove the familiar mantra that “great things come in small packages”. Coming this year is an improved version, the Abarth 500X, which seems likely to pack the Alfa Romeo 4C’s 1.75-litre turbo into a pleasingly svelte body. That’s “likely” if we judge from Auto Express, which has obtained an exclusive image of this 200bhp competitor to the MINI Countryman JCW.

The Aston Martin DB9 is a much-loved grand tourer; no wonder it’s stayed at the heart of the company’s roster for so long! However, this year, it will finally move over to let the Aston Martin DB11 take its spotlight. Though the new car won’t actually arrive until late in the year, it looks like it could include an appreciably boosted – in both power and efficiency – version of the 6.0-litre V12. Worth the wait, then? We’re hard-pressed to say no. The Mercedes E-Class is already a popular prestige car, thanks largely to its reliability, spaciousness and safety. It’s an especially good choice for being chauffeured to such special events as weddings and school proms, but the upcoming seventh generation E-Class looks like a case of an already great car getting even better. It will, for example, resemble the latest C-Class saloon in fluid styling, while adopting many of the technological features of the S-Class limousine.

Remove the roof from the Lamborghini Huracan and you’ve basically got this, the stunning – in both looks and performance – Lamborghini Huracan Spyder. Set for a Spring release, this model will replace the Gallardo Spyder in the manufacturer’s line-up and, like that car, use a folding fabric – rather than complex metal – roof. Following use, that roof can be super-speedily – we mean in just 17 seconds – stowed behind the driver upon their single pressing of a button.

If you prefer your supercars cheap, the McLaren 540C, which will hit the market in early 2016, will likely be in your sights. Whether it actually takes your money is another matter, but its 3.8-litre twin-turbo V8, which has been detuned for reaching 533bhp, counts in its favour. McLaren has also retuned the vehicle’s dampers with a view to providing for more soft and comfortable journeys. Nonetheless, these dampers can still be used to toggle between Normal, Sport and Track modes.