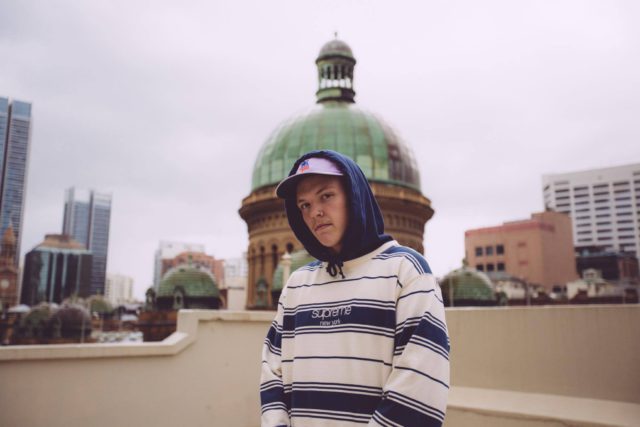 Needham’s music is direct, punchy and energetic, with a charismatic flow. His single ‘Watch Me’ is about every day struggles that are faced coming up in today’s scene and the difficulty of trying to get noticed when there are so many others around you.

With Needham’s fresh flow accompanied by lush vocals from Yvonee Robertson the track is guaranteed to get you in the mood.

“It also talks about the importance of self-belief, and always moving forward with confidence, even if the people around you cannot see the same vision,” said Needham.

“I want my music to be easy listening, the type of music you can chuck on at anytime and vibe to. But also when the time is right, you turn it the f#@k up,” he said.

The lyrical aspect of songwriting is particularly important to Needham, who is an avid poetry writer and loves to connect with the audience through meaningful words.

Great rap isn’t only about banging instrumentals, but also about thought-provoking concepts that are meant to inspire and motivate listeners.

This debut single, which refuses to follow an industry standard, touches on the struggles faced coming up in a scene on your own, with nothing but drive and determination.

Needham has been grinding behind closed doors for the past 5 years trying to perfect his sound, then at the start 2017 he joined forces with collective Crooked City, a well established team of producers, videographers and engineers who just returned from L.A battling some of the best new producers.

After many late nights in the studio, they shared a vibe that was undeniable and their product most definitely backs that up, so there was no second thoughts for Needham when they approached him to sign.