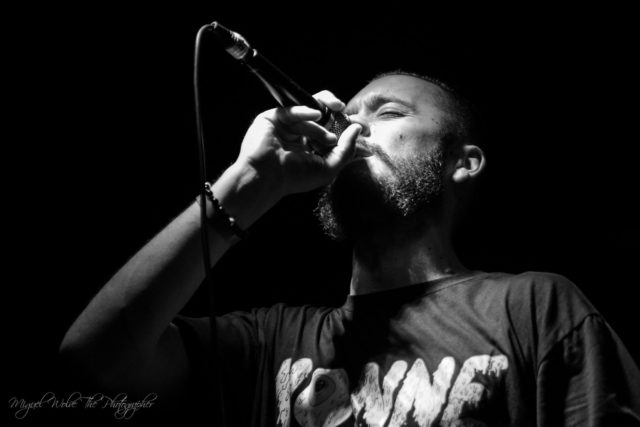 Hailing from Sydney, MC Sam Hunter has released a killer new EP dubbed ‘The Once A Week EP.’

Inspired by real life events and an exuberant lifestyle. Sam Hunters vision for the EP was solidified after a crazy weekend of spiritual experiences as well as house party performances in March 2017.

Garnering motivation from his talented room mates at Green Room Sydney, Hunter was avidly keen to lock himself away in the studio and come out with a musical depiction of his life as an entertainer/singer song writer.

The first track “I Let it Die” takes us back to Zurich Switzerland, in ’06 where it all started. A time where he was introduced to the wonderful world of hip hop, telling a tale of hardship and triumph on his journey back to Australia in 2010 where he started performing under “Little Hunta.”

The opening to the EP explains how Hunter’s ambition and ever lasting flame for his passion will simply never die, but it almost did.

From start to finish the EP is wonderfully warm and honest, with one feature from emerging hip hop legend Sole Option dubbed ‘Knee Deep In It.’ There’s funny stories with ‘Everybody’s Asking’ and serious global messages ‘Do You Think About Love,’ in between some incredibly crisp rhyme schemes for all to enjoy.

Sydney based entertainer Sam Hunter is affiliated with Green Room Sydney & Golden Island Collective. Formally known as “Little Hunta,” he is a solo artist, as well as an active member of the Hip Hop trio “Decypher Us”.

Hunter is renowned for his versatile, energetic style that he delivers through his live performances and studio recordings.

Earlier this year he released his debut single “World At My Feet,” produced by Francis Bingham.