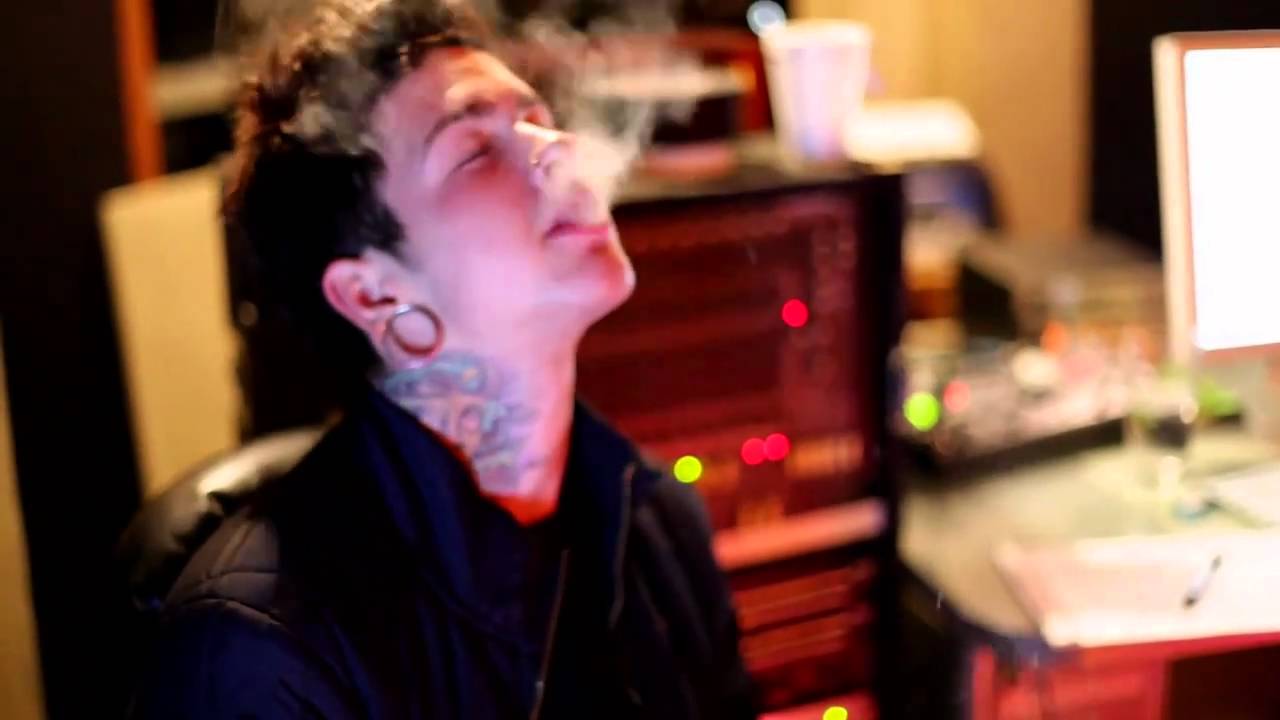 T.Mills is the 22 year old, Riverside California native, who became an Internet sensation after producing his own songs, rapping and singing over them then posting them on MySpace and YouTube. His ability to cross over genres and make ‘hip pop’, makes his music appeal to a wide and diverse audience, and his f*** you attitude means that he makes music that he loves, not what he’s being told to make.

Now signed to Sony Music, he has released a free album since being with them called Leaving Home, and his recently released 6-track EP also titled Leaving Home. Now he is working on a full-length album that is due to be released on Colombia Records this year.  Shireen Fenner talks to him ahead of his first live shows in the UK.

You’ve been making music since you were 13. Now that you’re an established signed artist, how much involvement do you still have in the production of the beats?

I still have a lot of involvement. When the producer and me are sitting in a room, we will craft the song together. I’ll tell them what sounds I like and how I want it arranged, and its just very hands on. Other times if I’m on tour or something and a producer sends me a beat, then I’ll take it and run with it. It’s very unique to the moment.

Your early exposure was generated through your music being on MySpace and YouTube. To what extent do you feel that the Internet contributed to you being where you are now?

100%, I feel like before any labels or anything like that that was my job. I would put a song out and then stay online for like 8-9 hours a day talking to kids. I did everything myself. MySpace and YouTube just gave me that platform to expose myself. Without that no one would have seen the music videos that I dropped which led to me getting signed. I would drop a song that I recorded in my bedroom and it would get 140,000 downloads.

Who are you trying to reach with your music primarily?

You’ve got an established fanbase in America, so how do you think the UK will embrace your music?

Starting back when I was doing my Internet stuff in my room, I had a lot of fans from the UK. I feel like their really going to like it. My live shows are going to be something new which my fans over there haven’t had the chance to experience yet. I feel like it brings a whole other element to me being an artist, I have a chance to connect with kids. Back when I was sitting in my bedroom I had fans all over the UK doing fan photos, I had fans in Germany getting my name tattooed on them, it was just insane.

What does hip-pop mean to you?

Originally I just started throwing it around. I really feel like I just came into it and I can identify a lot with it. It’s the attitude and the energy, the rawness of hip-hop, which is what attracted me to the music when I was a little kid. Pop is a little polished its kind of dressed up a bit because I’m a singer as well. I wanted to make music that could just say f*** you, but just do it in a beautiful singing voice so it doesn’t sound as harsh, like a beautiful way of saying f*** you.

What was the one defining moment in your career where everything changed for you?

Getting a record deal was pretty heavy; it didn’t change my work ethic or anything, because I feel like I’ve always worked really hard. I definitely got more opportunities being with a major label. That was a dream, I never thought that a people from Riverside would go to LA and get signed to a major label, or even record in studios and stuff. I didn’t think that that happened.

Your style is very unique and memorable with all your piercings and tattoos. Which of your tattoos is your favourite and is there a story behind it?

The one on my knuckles would have to be my favourite tattoo and it says patience. I got them tattooed when I was 18 kind of on a whim. I had really bad ADHD really bad. I just have zero patience, I’m the most all over the place person, and is just go go go. I thought getting patience tattooed on my hand is kind of a reminder, and kind of a joke because its something I don’t have. At the same time its very positive and a virtue that I need to invest in and to be mindful at all times.

How are the girls feeling the boy now, or have you always been a hit with the ladies?

I’ve always had a personality so I’ve always been able to talk to girls. My fans now its just craziness, like jealous girls who don’t even no me that will get mad if I’m talking to other girl fans. I don’t get it sometimes, I try not to pay attention to it, it’s just weird to me. Even on twitter if I talk to a girl they’ll jump on and be like, ‘f*** that b****,’ it’s a bit overwhelming at times. I’m just amazed that people have that much passion for me and the love for me.

Why have you called your new EP Leaving Home and talk us through what it’s about?

Leaving Home, is the title track off the EP. I made that song with a dude called Colin Munroe who is from Canada, he’s an artist that I’ve admired. We were just talking and I had written down these lyrics that said, ‘you can stay in that small town/but imma break out/I’d rather lose your love then have to stay and live in doubt,’ that was about me moving away from home to purse what I wanted to do, and a love interest that didn’t want me to go. Its just a story about how I’m out there and I’m pursuing my dreams and what I wanted to do in a non cliché kind of Hollywood movie way. It’s like the start of everything to come.

How much creative control did you have over the new EP? Are all the tracks on it your first choices?

We put out a free album which had ten tracks on it, which kids were able to go and download on my website. We wanted to put 5 songs on the EP and a brand new song. It was both of our decisions; we kind of brainstormed and worked out the 5 best tracks off the album. Looking back on it I would have put my song, Scandalous, on the EP, we shot a video for it and the song just started getting a really good reaction live. It’s picked up and become a lot of people favourite, I wasn’t aware of that until I started playing it at shows.

Do you have any interesting collaborations’ in the pipeline, and do you intend to work artists from very different and diverse genres to yourself?

Definitely. I really want Travis Barker on my full-length album that were working on now. I have a song in mind for him to play drums on. I’ve been a fan of McKenzie Eddy for a long time, and been saying I wanted to work with her, then she reached out to me on twitter, so were about to work on something when scheduling is right. I’ve never really been a huge collaborator with other artists. I did a song with Juicy J and we put it out virally, which was amazing because I’ve been the biggest 36 Mafia fan since I was a teenager, to have him on my song was crazy. Once I have a body of work to go through it will be easier for me to see where I can see certain artists.

What’s the message from you to your UK fans?

I’m over here! I’m doing a few shows, one in XOYO, Koko and Yoyo’s. I just want to say thank you to all the support, because without my fans I wouldn’t be able to travel the world and plays shows and put out music. Thank you for listening and I’m grateful for all of it.

You can purchase the Leaving Home EP from T. Mills official website http://www.tmillsmusic.com