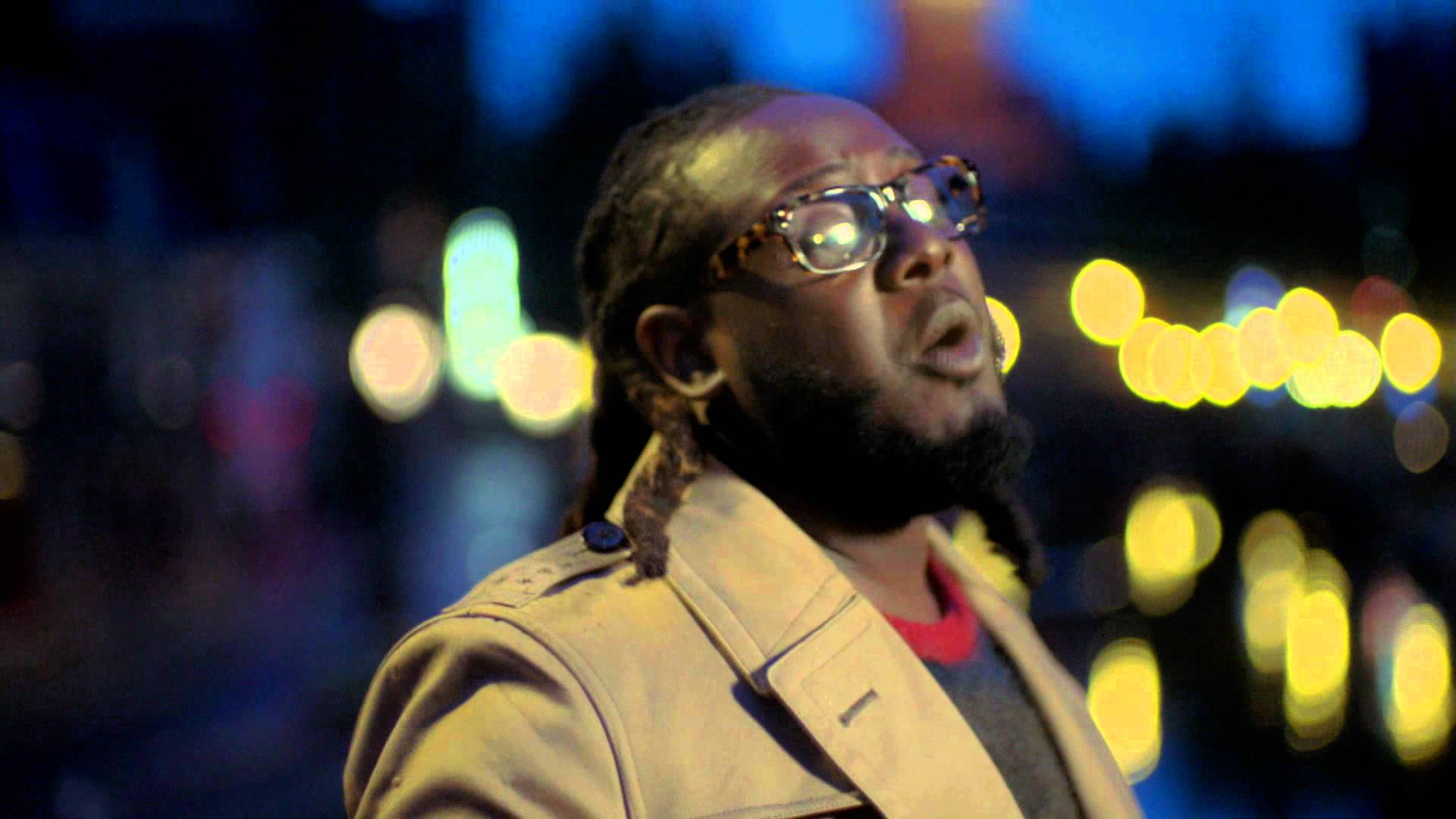 Hailing from Tallahassee, USA, multi-platinum selling artist T-Pain burst onto the music scene in 2005 with his debut album Rappa Ternt Sanga, featuring the first hit single ‘I’m Sprung’ and second ‘I’m N Luv (Wit A Stripper)’. Showing he is different to his peers in the music game, he’s bringing soul back to hip hop. He has worked with some of the most successful music artists in the US, including Lil Wayne, TI, R Kelly, Chris Brown, Kanye West, Ludacris and DJ Khaled. Flavour catches up with T-Pain ahead of his fourth album release Revolver…

You were tired of the borders that divide hip hop and soul – how have you brought them together?
I think I did it pretty well [laughs]. It’s been working out so far. I came from a hip-hop background, with all my brothers and my dad around, and I just felt more love for R&B and soul, and it’s meshed together really well.

You turned your bedroom into a recording studio at 10. You must have been a pretty wise 10-year-old then?
At this point I had no idea what I was doing, I wasn’t too smart. I knew myself in my heart and my mind – that’s all you do really know at 10 years old. There was no major money involved; I had my parents. Nothing really came about at that age; I just got rid of my bed and turned it into a studio.

You started off rapping and then singing – why did you switch?
There was too many people rapping at that time; we had too many rappers in my hometown. I just wanted to be different and do something else. When you have enough of the same thing, I just felt I had to switch it up.

Did you ever think that by making your own version of ‘Locked Up’ – ‘I’m Fucked Up’ – that Akon would hear it and sign you?
I didn’t think he would sign me at all. I didn’t even think he had a record label [laughs]. When I heard the song, Akon hadn’t been signed for too long. It was kind of weird that he was the one who called me up – you always think you’re going to get a call from a huge record label or company. I thought it was a joke at first, but when I found it wasn’t, I wasn’t sure if Akon could do the same thing as a huge record company.

You told AllHipHop.com that you vow never to use Auto-Tune again. How is the T Pain effect better, and what exactly is it?
The T Pain effect is better because I’m T Pain and I’m better at a lot of things [laughs]. I think the effect reflects everything I do, and I get to control it. Every time I used Auto-Tune, I wished I could do this or this on it. So now I’ve made my own one, I can do everything I want. With Auto-Tune you just get pitch correction; with the T Pain effect you get everything I use in the studio: you get my reverbs, my chorus, my delay, my distortion, the compression – everything I use; it’s a one-stop shop. Do you think you will ever not use any pitch correction technology?
There’s always songs I don’t use it on; people don’t realise, though, that’s why I don’t make a big deal about not using it. On some of my biggest songs there is no Auto-Tune, like ‘Low’ with Flo Rida. People never notice; I always put two songs on my album that use no Auto-Tune, and those seem to get noticed the least.

How do you start to write? Where does the inspiration come from?
Just real-life experience. It’s not too hard to write a song about something you’ve already been through; it’s harder to make something up. If you don’t have money, you cant make a song about money. If you have money, you can’t make a song about not having money. I think it’s harder to come up with catchy stuff, other than just writing from the heart. That’s why Lil Wayne doesn’t write any more, because if he writes, it’s not going to be real. Real situations shouldn’t have to be witty and catchy.

Your new single is ‘5 O’Clock’. How did the collab with Lily Allen and Wiz Khalifa come about?
With Lily Allen it was an automatic collaboration, which was dope. Wiz Khalifa, I was looking for him; I’ve been waiting to do a song with him for a long time, it was well overdue.

Tell us about Revolver?
I think this is going to be one of my best albums. I’ve gotten better as a musician and learnt more things that make my music better. I explore more instead of being afraid to try things.

How has your music evolved from the first album to this one?
I’ve matured as an artist. I listened to my old albums and said to myself this is better [laughs]. Sometimes I try and find out why people liked my first album, but it was just me and that is what I wanted to put out.