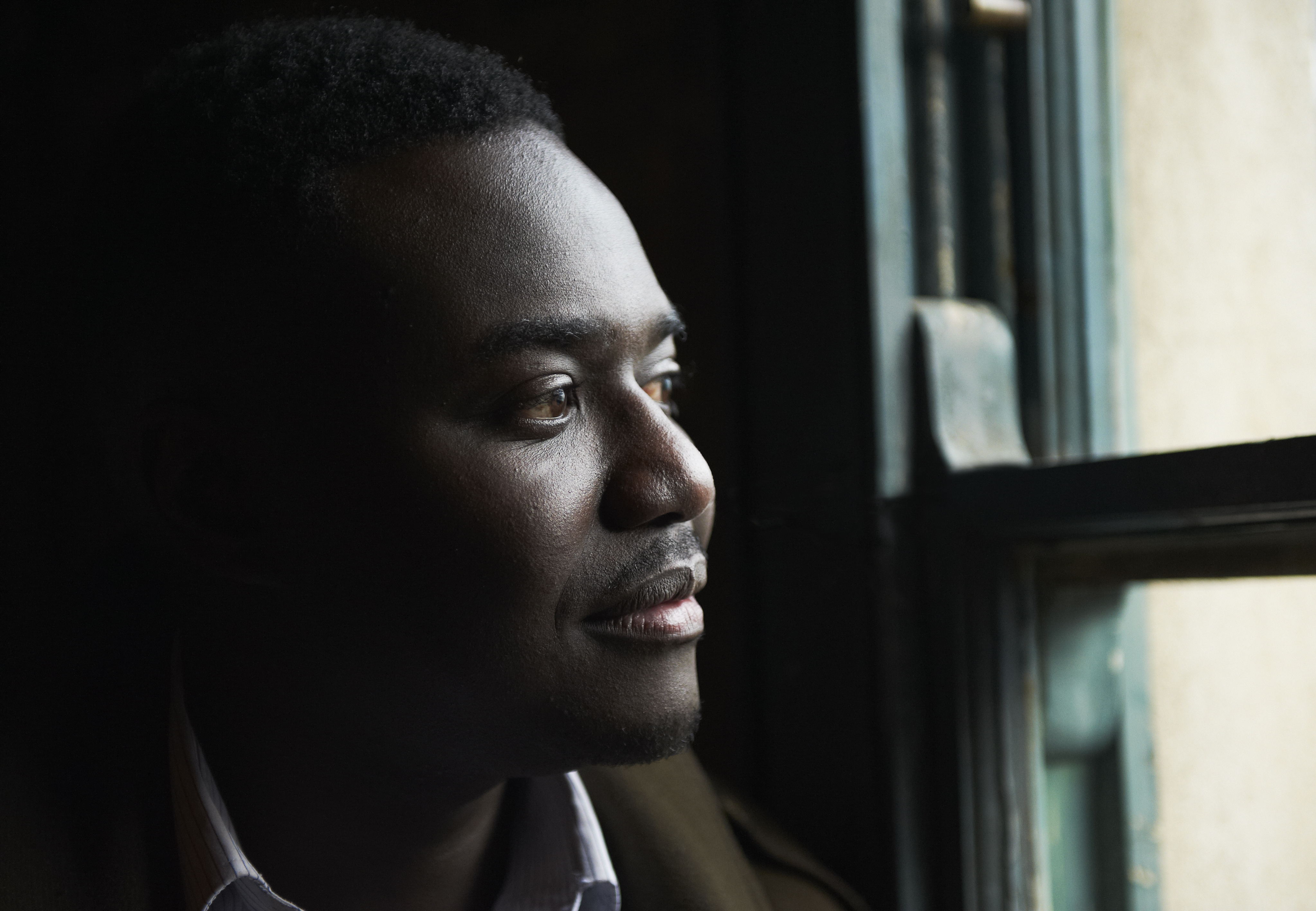 Having worked with Danny Dyer in Severance, Damian Lewis in Stolen and Idris Elba in Luther, Babou Ceesay, has had more than enough encounters with high profiled players. With the final series of ITV’s hit detective drama Lewis in full swing, Babou is now about to add private eye to his action packed résumé.

It has taken 25 years, but the Oxford crime drama has finally recruited it’s first black detective. Unveiled as the replacement for Laurence Fox as Inspector Lewis’ new sidekick, Flavour spoke to the rising star ahead of his debut to find out more about his character, why he doesn’t think his selection is controversial, working with Thandie Newton and his overriding desire for a with date Helen Mirren.

You’re title role as DC Alex Gray is being hailed as a significant cultural shift. How does it feel re-writing an age-old tradition?

Going into it, I didn’t really think of it in that way. When I initially got the job and started filming, I later found out about the whole Midsomer Murders controversy [The producer of the show was suspended two years ago after saying he didn’t want ethnic minority characters in his programme], but I didn’t process that in my mind because as far as I was concerned it was a job, and I was doing it.

After agreeing to this role, was there any hesitation or doubt, on your part after making such a decision, which would ultimately have all eyes on you?

I am not sure the part necessarily deserves all eyes. I think the attention has come mainly because of what it means to have someone like me playing the part. If you look at the role on paper it’s just like any other role.  I mean the episodes in Lewis are about the murders and the victims. Lewis and I go out to try to solve crimes, there is some exchange, but it’s not a storyline that was built in. Not all new characters essentially come in with a bang. I am coming in and trying to fit in with Lewis. I am not going to receive any praise or attempt to tell him how a case should be solved.

I am there to do good police work so he respects me, and therefore, we are able to carry on forward. I actually volunteered for this particular role within the context of the story. I didn’t really feel any kind of hesitation, but now I have realised that quite a big fuss has been made about the fact that this type of drama does not tend to cast black characters is fascinating. The head of Oxford police [Graham Smith] recently said, “It’s about time.” I remember reading about him saying that quite a percentage of his force is of ethnic minorities and that this will be a fine representation because Oxford is not all white.

Does your character in anyway reflect who you are as a person?

No, not really. He’s good at what he does but there is a confidence thing, as in, he’s clearly overjoyed with the opportunity to be working with Lewis. Over the course of the episode, he gets a bit bold, but to start off with there’s a lot that he is not really sure about, and he tries very hard not to make a mess of things. As a person I am not like Alex, I think we are two very different people.

You obviously have to remain tight-lipped, but are there any teasers you can give us about your relationship with DI Lewis?

[Laughs]… I suppose on some levels, he finds me a little irritating, as I am not up to speed or as experienced as DS Hathaway. The partnership with Lewis is pretty much under strained as Lewis has to deal with this completely wet behind the ears individual. There are times when he encounters things that he is not good at, and Lewis is there looking out for him.

Were there any challenges that you encountered playing DC Alex Gray?

I guess making sure that I did not allow any of my own personal confidence to bleed into this particular characters lack of confidence. I had to try to maintain a balance, but the director was good with ensuring that.

Lewis is in its seventh and final series. What do you think has been the secret to its long-running success?

There are a lot of other crime dramas where the steaks are low, but Lewis really does sometimes push itself. It’s more upmarket in that sense. They only do a certain number of episodes where they try to solve a crime over that period, and they have always attracted very good actors in the roles of a murderer and so on. I think the British public enjoys seeing thrillers about crimes being solved, the underdog getting their way, the victim getting justice and so forth. It says something about the system that has been set up to deal with crime, and I find it really comforting watching programs like that. I also watch Colombo a lot and it’s always nice to see the bad guy being caught.

It’s based on the book [Half of A Yellow Sun], which has now been made into a film. We shot it in May last year in Nigeria, and it’s a great book. I play a very interesting character, who is sort of a friend of Chiwetel Ejiofor. It’s something that I am really excited about though I know that I don’t necessarily have a lot of screen time, but I am very excited to be a part of the project. It’s directed by Biyi Bandele. I believe it will be released here, in America and in Nigeria where the first premiere will be held.

How was it working with Thandie Newton? Some people seem to think she’s Zoe Saldana in disguise…

You mean Zoe is actually Thandie in disguise… [Laughs] I have never met Zoe but Thandie, I certainly felt was, in fact, Thandie. She’s a lovely lady, very genuine, hardworking, talented and an extremely nice person. It’s always refreshing when you meet someone who you have looked up to, and then they turn out to be great.

Over the years, we’ve seen, in particular – Idris Elba achieving huge success in Hollywood. Do you have any plans to follow in his footsteps?

I have not sat down and said I am going to go to the States, but the industry here and over there have very strong links, so I do occasionally get seen for stuff out there. If something comes up, I would take it because if I can work here and over there, that would be the dream.  At the moment, I have yet to make a consecutive plan to get on to a plane and move, as I am having a great time here in London.

Which of the following female detectives would you snog, marry, date or avoid?