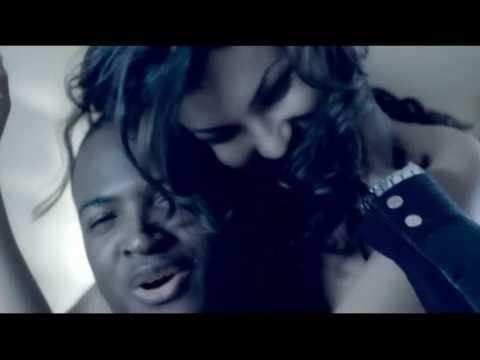 Taio Cruz; international man of music, highly requested songwriter and proud label owner of Rokstarr has proven once again that the UK has more than enough talent to match the US. With his new single Break Your Heart aimed for the top of the charts, MrCruz is ready to release his second studio album and solidify his position as a true 21st century pop star…

How long has it been since the release of your first single ‘I Just Wanna Know’?
That was 2006 so about three years ago now.

And a lot of people still dont know that you were writing songs for a number of people before this. Off the top of your head give us the names of some of the people you’ve writen for?
Well here in the UK I’ve written for Will Young, Omar, Nitin Sawhney, Wookie and more. I’ve been in the mix with US artists including Justin Timberlake, Timberland, Britney Spears and Usher through some producer friends of mine Tricky and Dallas Austin.

I find it incredible that the UK has always looked up to the US in many ways and yet here is this young guy from London who’s being asked to go  to America and show them how it’s done! You must be proud.

I am proud of my achievements but I’m quite an entrepeneur and so no matter what I’ve accomplished but I’m looking forward to what I can do next. I get that from my father.

More recently you write the No.1 single by Tinchy Stryder and Amelle Never Leave You. How did you find it working with them?
It was cool. I’ve known Amelle for a long time and even worked on the Sugarbabes Catfights And Spotlights album. I was in the studio with producer Fraser T Smith and because I’d already featured on Tinchy’s Take Me Back we figured it would be cool to get someone else. So we gave Amelle a call. She heard the track and she was down.

Your debut album Departure released spring 2008 went gold. Congratulations. The album was produced, written and performed entirely by yourself. Was this your intention or did it just turn out this way?
Well I released my first single I Just Wanna Know under my own record label Rokstarr. After that I got a call from Universal in America who were interested in signing me so I began a joint venture with Universal/Rokstarr. They tried getting me to work with some people they had in mind but it all sounded very Craig David-esque when I really just wanted to sound like me. So I decided to produce the second single Moving On and they were like ‘Wow that’s hot!’ and release that. So eventually I came to produce Departure by myself. If you look at Daniel Merriweather’s Love & War and Ryan Leslie’s debut album, both are very light on features as was yours. Do you think this is key to making a classic LP?
That’s a tricky question. I think when you’ve got features on your album it’s very difficult to perform the songs because the featuring artists can’t always be there so it’s not quite the same. On the other hand sometimes it’s just fun to work with somebody on a song and it may be very successful. For example if you listen to Boys II Men and Mariah Carey’s One Sweet Day it’s a beautiful classic song. It’s a difficult question… And I don’t have the answer! [Laughs]

Break Your Heart is the first single from your new album Rokstarr. Are we looking at a top 10 hit?
Well before it’s release it was pretty high in the pre-sale charts and the video had over a million views on Youtube. These things have got everybody excited. So hopefully we have a hit on our hands!

Any follow up singles?
Yes. There’s going to be six or seven great songs that we want to put out. Direction changes with each single and I’ve always classed myself as a Pop artist who makes popular music. That’s why I’m flexible and able to do different styles of music. Part of the album is Electro/Dance whereas the other side is quite Indie/Rock.

What can we expect from the Rokstarr album?
When making an album I don’t do mediocre songs or album fillers. Every song I make is hopefully single-worthy and could potentially be released on its own. I am quite a perfectionist like that and so you can expect a bunch of good catchy singles with some surprise features on there. As well as being the name of my record label, Rokstarr is also a brand of music and fashion. On the music side I’ve just signed two new producers called The Arcade who are awesome and an amazingly soulful little emo-looking kid called Carmichael. On the brand side we’ve got Rokstarr shades which have just launched from the website with more accessories on the way.

What have you got planned for the rest of the year?
After the release of Break Your Heart I’ll be doing a few shows in London and once the album is out I’ll be touring properly. I haven’t been on holiday for about six years so I wouldn’t mind going to Thailand to recharge the batteries. But I don’t think it’s going to happen!

Taio and band will perform live at Koko on Tuesday October 20th. Tickets are £15 advance and will be available at www.gigsandtours.com.