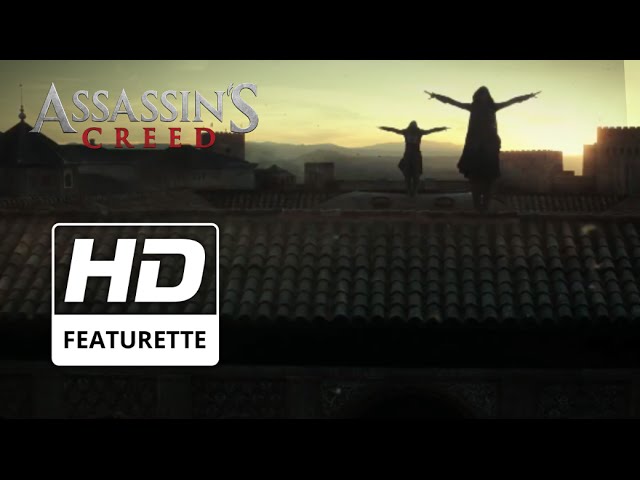 Michael Fassbender star’s in the lead role of the upcoming Assassin’s Creed but does he do his own stunts?

Well in this brand new featurette entitled ‘Leap of Faith’ we are taken behind the scenes on set of the film as we witness his stunt double make a jump from a height of 125 feet. One of the highest free falls attempted by a stuntman in 35 years.

Through a revolutionary technology that unlocks his genetic memories, Callum Lynch (Michael Fassbender) experiences the adventures of his ancestor, Aguilar, in 15th Century Spain. Callum discovers he is descended from a mysterious secret society, the Assassins, and amasses incredible knowledge and skills to take on the oppressive and powerful Templar organization in the present day.

Assassin’s Creed is out in cinemas January 2017.