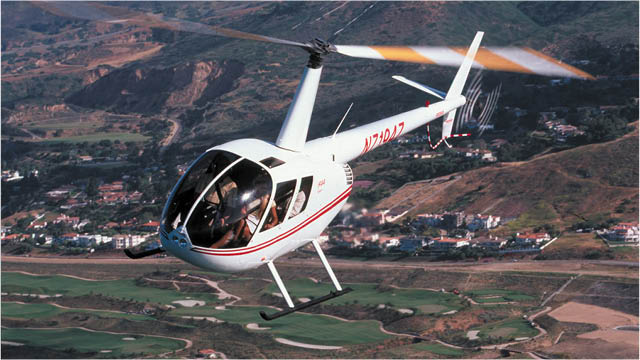 Pilots have long-been associated with time-consuming and expensive qualification courses, but those days could soon be gone thanks to packages from companies such as intotheblue.co.uk.

The company, which has forged its reputation upon providing exciting experiences to the general public over the years, now offers a wealth of helicopter courses in its online catalogue.

For the last few decades it has proved to be incredibly expensive to even consider taking to the skies in a helicopter, with most authorities demanding that would-be pilots sign up to long courses that are made up of hours of flying time and are ultimately expensive.

Now, thanks to sites such as intotheblue.co.uk, it’s possible to at least taste the skies and contemplate whether a career flying helicopters is desirable.

The company provides basic lessons spanning all across the UK, with locations including London, Loughborough and Bournemouth. For the first time in years price does not seem to be a major barrier either, with some packages starting at as little as £89.

The company is providing a degree of flexibility to those who are interested as well. For example, while most people will want to simply experience the basic helicopter package and take to the skies for around thirty minutes, it is possible to advance on this. The flight durations vary between locations, although some packages are in excess of an hour.

Additionally, it’s not just the duration of the flight which is flexible. As any seasoned pilot will testify, there are major differences between the types of helicopters that take to the sky in the modern day. While a lot of pilots who are looking to obtain their helicopter license on a budget will take to an R22, those who want an extra layer of safety in a slightly more advanced machine will probably opt for the more expensive R44. Suffice to say, the packages at intotheblue.co.uk cater for both helicopters – giving potential pilots of all backgrounds the possibility to sample the skies.

While the majority of the packages offered by intotheblue.co.uk provide for adults, presumably those who are considering an aviation career or at least contemplating a helicopter license, there are now even solutions for would-be junior pilots. For less than £50 it’s currently possible to take to the skies for around six minutes in an R22 and even take the controls. This particular experience also provides the junior pilot with the chance to sit down with an industry expert and discuss a potential career in aviation.

The company also offers standard flying lessons in a variety of different aircraft for those who want to take to the skies in something other than a helicopter. Again, it’s possible to take advantage of the experience in multiple locations, with prices starting from as low as £79.

All of the above is further evidence that sites such as intotheblue.co.uk are starting to appeal to a slightly different audience. While most people use the sites for novelty experience gifts, the fact that flying lessons are now so readily available means that tomorrow’s pilots could even arise from these packages.

Additionally, all packages that are purchased from intotheblue.co.uk arrive with a price promise. With the company almost being in existence for two decades, it means that they only use the most reputable service providers which is particularly important when it comes to the aviation industry. The fact that all gift certificates last for twelve months means that any person on the receiving end of a flight package has plenty of times to arrange lift-off as well.