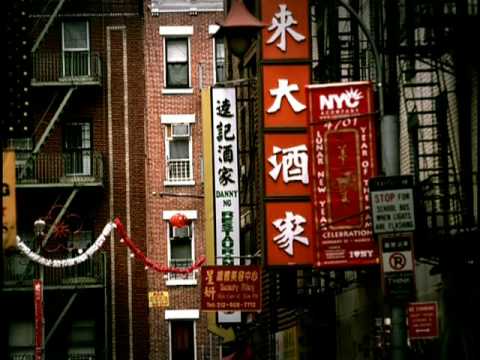 Talib Kweli is one of the few rappers making music that speaks volumes and is still commercially feasible at the same time. The Brooklyn rapper came onto the music scene in the late 1990’s as a member of Black Star, educating and entertaining people with his music, which is perhaps why he was named by Jay Z and 50 Cent as their favourite rapper.

After the release of many albums and singles, himself and long time manager Corey Smith launched Blacksmith Music, signing an exclusive deal with Warner Bros with artists such as the highly respected female rapper Jean Grae, and super group Strong Arm Steady which includes Xzibit, Krondon, Mitchy Slick and Phil The Agony. Talib Kweli’s new album ‘Prisoner Of Conscious’ will be out this year, with the first song off it ‘Distractions,’ released two months ago.  Talib will be back in the UK this month on tour, with support from Lowkey and Mic Righteous.

1. Your first name in Arabic means ‘student’ or ‘seeker’. Do you feel that you have lived up to this name, and if so what would you consider that you are a student of?

I strive to live up to my name. Sometimes I do, sometimes I don’t. I always study details so I am a student of everything I see. But mostly of music.

2. How would you order money, power, and respect if you had to list them in order of importance and why?

Respect, Power, Money. Success is measured in happiness not paper. The power that a respected man commands trumps the power a rich man commands. It’s in the long run, so it’s hard for people to see.

3. Do you think that it is possible to achieve money, power and respect without any compromise?

Depends on what compromise you mean because everyone compromises something in life even you and I, but if you mean without compromising integrity, then certainly yes.

4. Do you feel that your educated background ever made it harder for more impoverished listeners to relate to your content?

Yes, I feel that there are times when my lyrics may get too nerdy, but I feel I’ve learned how to embrace it without alienating the listener who may not get it. This took time, and it wasn’t easy.

5. What do you feel your position and role in hip hop is?

I feel like I’m a connector. I connect with like-minded artists like Yasiin, Hi Tek, Kanye, Mad Lib, Jean Grae, Common, The Roots etc and I feel I somehow keep these artists connected. I also find a way to connect with artists who do different genres of hip hop than what I do, and newer artists as well.

6. What section of society do you think your music appeals to most?

Those who appreciate quality. Regardless of age, race, creed or region.

7. You are often described as the most underrated artist in hip hop. Would you agree with this appraisal and why do you think this is?

There are artists more underrated than me. But I certainly ain’t overrated I know that much.

8. As your career has progressed and moved forward your content has naturally evolved. Do you feel any pressure or constraints to stay true to the style and content that people first fell in love with?

I like the sound I’ve developed over the years, I enjoy it. On top of that I feel that I owe something to the people who have invested in my sound over the years. So I will always have an album or mix tape or something out that represents that style. But as an artist I get bored easily and have to try new stuff, whether fans like it or not. It’s always about striking a balance.

9.  Jay Z formerly shouted you out on ‘Moment Of Clarity,’ and you responded on ‘Ghetto Show.’ How did it feel to have your lyricism appreciated and publicly praised by arguably hip hops most successful artist?

It felt right. Jay Z has always been one of my favorites from Original Flavor days, and I always looked to him as an example. Still do.

10. What were the reasons that led to you selecting Lowkey and Mic Righteous to support you on your UK tour?

I didn’t select them; I usually am not involved with the selection of openers. But I am glad they were chosen. I’ve heard great things from them and I look forward to sharing the stage with them.

11. You will be touring in the UK soon. Where in the world would you next like to go on tour that you haven’t been to yet?

Iceland. Or the Middle East.

12. What single character trait or attribute do you most respect in another artist?

13. What are you liking about the UK hip hop scene at the moment?

Not really up on the UK scene. But Low Key and Mic Righteous are both ill, and I’m not just saying that because they are on the bill. I rock with Kano too, and my man Sway.

14. Any plans for a future collaboration with any UK artists?

I get down with whoevers nice and serious about getting down.

15. Following ‘Prisoner of Conscious,’ what is next for Talib Kweli?

San Juan. I want to move to Puerto Rico.

‘Prisoner of Conscious’ is out this year