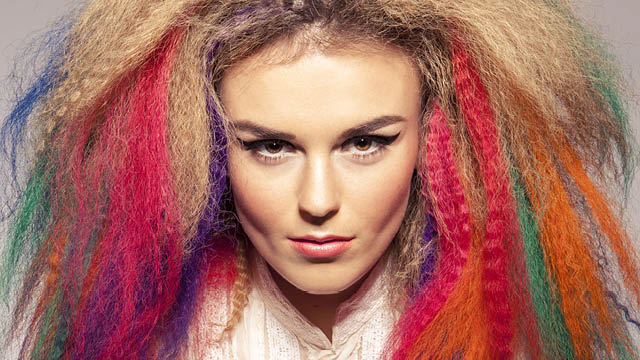 A storm’s a brewin’ on the music scene and I’m quite excited about it! Meet Tallia Storm, the confident and uber-talented 16 year old whose fearless tenacity led to supporting the legendary, Elton John on tour.

In one brave moment on a family holiday in Hawaii, Tallia Storm’s life changed forever by slipping David Furnish her demo to give to Elton John. And the rest they say, is history 😉 I first saw Tallia perform in May at a fundraiser for MTV’s Staying Alive Foundation, which was an amazing event organised to raise global awareness of HIV in young people. That night, Tallia was supporting Tinie Tempah, who performed the summer hit ‘Not Letting Go‘  and is also the Brand Ambassador of the charity. When I first meet Tallia, she is warm, passionate and talks 100 miles an hour – gotta love that energy and young spirit! But when I hear Tallia sing, I am surprised by how mature and beautifully soulful her voice is. She describes it as a blend of Amy Winehouse and Frank Ocean and I’d have to agree with her. At just 16 years old, something tells me Tallia Storm is going to be HUGE! I’ve got to admit, I’ve never quite seen stage presence like it in someone so young. Tallia owned the stage and clearly thrives when performing live with an acoustic band. So it was great to be invited back to MTV for a special showcase and to have a proper chat.

‘I was obsessed with singing non-stop as a kid, I would put on these wee shows for all the family. I was brought up listening to jazz. Jazz is my everything. And so, anything and everything I do now, references back to jazz.’ Tallia confesses that Elton John personally called her within hours of hearing her demo to say he’d fallen in love with her voice and that he’d love for her to support him in Glasgow, on his UK tour. So did he give Tallia any wise words of wisdom?

‘Yes! Don’t get a vocal coach because they can change your voice. Believe in your music and take your time with it.’

Since then, Tallia hasn’t looked back performing at Wembley Arena on We Day in front of 20,000 people and alongside music legend, Nile Rogers. Tallia references Amy Winehouse, Ella Fitzgerald and Diana Washington as her inspiration and would one day love to collaborate with artists, Frank Ocean or John Legend. Though she’s happiest making music with her creative dad.

And with an impressive online legion of fans, it only seems right to ask her who is the best person she’s ever taken a selfie with? ‘Drake! I love Drake. We share the same lawyer. He’s so normal, motivated and a really lovely guy!’

Well Tallia is certainly one lucky girl, that’s for sure. Her EP ‘Social Security‘ is out now and fans can see her perform this summer at Jersey Live with the Vaccines and Rudimental, at Big Gig in the Park along with The Vamps and Union J and at the closing ceremony of the NatWest Island Games.