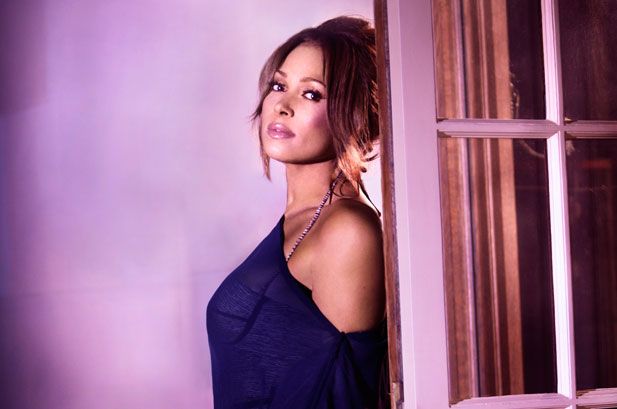 As her new album ‘Beautiful Surprise’ caresses fans worldwide, we chat with the soul songstress as she prepares to take sexiness to the next level. In part two, of our exclusive interview, Tamia talks candidly about an intimate encounter with Beyoncé, battling multiple sclerosis, her must have fashion items, and ultimate pet peeves.

[Continued From Part One]

How old were you when you wrote your first song and what was it about?

I was probably a little kid, and I’m sure it was about something that little kids would talk about. I was also one of those kids who would hear a melody and just start singing something. I really started getting into writing on my first ever project, but my proper real writing experience was probably ‘So into You’.


What’s been your wildest or most unusual fan encounter so far? Found any undressed men under your hotel bed?

[Laughs] No, and let’s hope that never happens. I don’t have any wild stories but for the most part, the fans have been great. I haven’t had any scary encounters as the fans are mostly just fun and light hearted. I sometimes see people cry when they meet me, or from time to time they get so excited they end up not knowing what they want to ask. Every now and then, you’ll get asked for a hug which at times can be a little too long [Laughs] …other than that it’s all pretty fine.

How has motherhood changed you?

It definitely changes you but in a good way. Obviously, you can no longer be as selfish as you were before you had kids because your life no longer revolves around you. So I have to be cognisant of my kids. I love being with them, and I certainly am reminded when I do music that I have two girls, and I try to be very conscious of that.

You have performed on the same stage as Barry White and Gladys Knight as well as touring with Missy Elliot, Beyoncé and Alicia Keys. Any wild stories you can relate?

I had a great time on that tour with Beyoncé, Missy and Alicia. It was actually very much girl power.  At the time I had my first daughter, and Beyoncé in particular was so sweet and very kind to her. So as a mum anyone who treats your kids nice, you instantly love them. She’s a great girl.  Sorry I don’t have any dirt on any of them as all of those women are pretty amazing.

There isn’t anyone, whom I wouldn’t, but I have been very fortunate to work with a lot of great people, and so I always just try to remain open.

You’re a CEO, wife, mother to two daughters, singer-songwriter, and a spokesperson for people fighting MS. What next President of the United States?

[Laughs] No, I think that role is for my husband [Grant Hill], but I would more enjoy being first lady. I would not want to be president that would be way too much stress in my life.

Speaking of MS [Multiple Sclerosis] you also suffer from the disease yourself. How do you manage to remain so upbeat and cheerful?

I have been very fortunate because when I got diagnosed in 2003, I looked at it as a wake-up call. I remember before then running around trying to be everywhere and also trying to do everything for everybody. Since then I have learnt to pace myself, and I think that’s a testament to how well I’ve been feeling ever since. I currently try and pace myself as well as trying my best to stay healthy.

Are you looking forward to supporting R Kelly on tour?


Have you ever made love to your own music?

No, I do not! That would-be way too weird, but if I’m in the car and one of my songs comes on the radio, I turn it up. I dear anyone to touch the knobs and turn it off… [Laughs]

Take a listen below to hear Tamai playing our ultimate game, which revealed her love of ice cream, must have fashion items, her ultimate pet peeves and why her freckles are her favourite special features.

Tamia’s new album ‘Beautiful Surprise’ is released in the UK on October 28.