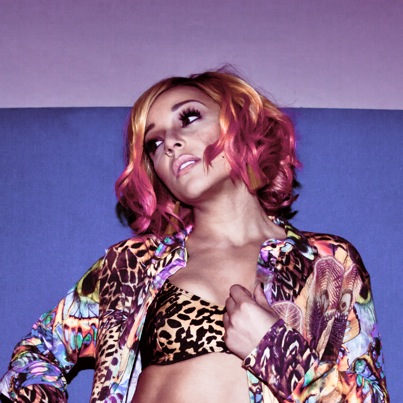 Tanya Lacey has announced her very first UK headline show at London’s Hoxton Bar and Kitchen on April 29. When Tinchy Stryder featured the Bristol-born singer-songwriter on his second album ‘Catch 22’, the powerhouse songstress started to make a name for herself, but a year later after featuring on Loick Essien’s hit single, ‘How We Roll,’ Tanya virtually went from unknown to known.

To coincide with the release of her forthcoming EP, the ‘Head Chef’ singer’s debut show follows on from her support slots alongside Bruno Mars and Labrinth. Tanya, who has also penned tracks for many artists, including, Will.i.am and grimestar Maxsta, will also unveil another brand new EP later this month.

Tanya will be supported by Bebe Black and SBTV’s DJ Melody Kane at the Hoxton Bar on April 29. For more information or to purchase tickets click here.