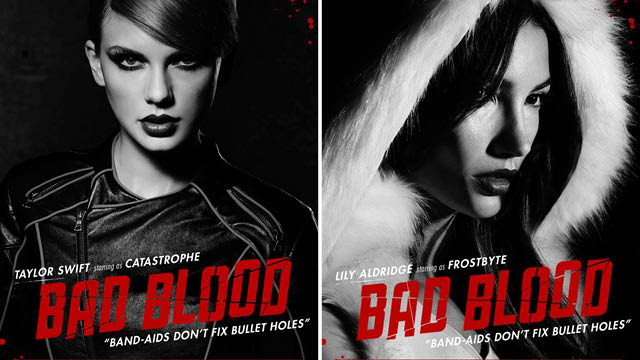 Taylor Swift has released posters for her new video Bad Blood featuring herself and Lily Aldridge and the posters look stunning. You would be forgiven of you thought the posters where from Sin City or a similar movie as one look will make you stop and stare and take note of whats happening. With the music video that is turning out to have an all star cast, the video will feature some of Taylor’s famous friends including Cara Delevingne, Zendaya and Hayley Williams. Victoria’s Secret Angel Lily Aldridge also appears in the clip as Frostbyte with Taylor as Catastrophe. The black and white images give off an action movie vibe.