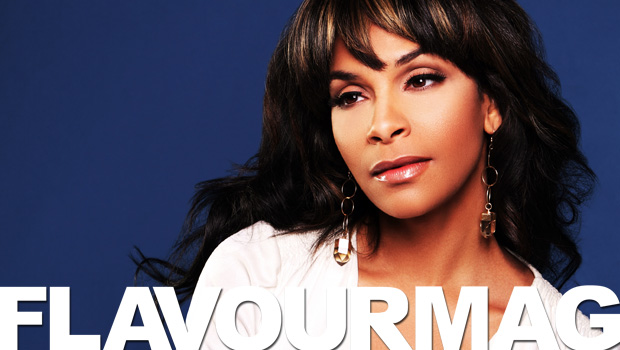 It has been way too long since new music  from rnb songstress Teedra Moses graced our ears. Fortunately for us the New Orleans native is back! The singer who also self proclaims herself as “The Lioness” has been working on her new EP ‘Love=Rocket’ and has recently released a snippet from the single Can’t Be Luv taken from there.

In this exclusive interview the singer-songwriter discusses her forthcoming EP, juggling family life and hooking up with Rick Ross and The Maybach Music Group.

It’s been nine years since the release of Complex Simplicity, what’s taken so long?
What’s taken so long? Well, I started out in 2004. I put out an album. It did well critically but the label didn’t really take to it. America didn’t really take to it like they [the label] initially wanted it to. I began to write for other artists and focused on that because the money started coming in. By the time I wanted to do my own album my label went bankrupt. Now I’m back and focused on myself.

What’s the deal between you and Maybach Music?
There’s no official signing to Maybach Music, it’s an affiliation. It came about because Rick Ross followed me on Twitter and hit me up with a dm, saying hey, holla at me I wanna check out your music, I’m a fan. They were about hard work, good music and trying to make money, and that’s what I’m about. You’ll hear me on their records but there’s no official signing.

When will your next album be released?
Right now we’re releasing an EP in May, and we’re releasing it independently. I’m speaking with another label at the moment that I want to release my actual album through.

Tell us a bit more about the EP, what can we expect?
On the EP, I’m working with my usual suspects. I’m in to having my own sound so I don’t run out and try to work with top producers. I’ve reached out to Kendrick Lamar for a record called ‘Only You’. There’s not too many features because there is only going to be about five songs anyway. I like to focus on me so you get to know me on the project.

What about the album? Is there are name, and when can we expect it to drop?
The album is called ‘The Lioness, Lover, Believer, Thinker, Dreamer’. Hopefully it will be out in September. I want it to come in the format of lover, believer, dreamer thinker because that’s exactly what it’s about. Hopefully it’s something that women can relate to as grown ups. I was younger when I wrote my first album, I was becoming a woman, now I am a woman and extremely comfortable with who I am. I hope that the songs on it will make women feel comfortable with who they are. Whatever God has given you, work it. Picking up on lovers. Complex Simplicity featured a lot of songs based on love and relationships. How are things going in your world, in terms of love?
Are you trying to torture me? [Laughs]. Honestly, my world has a lot of love in it, from family and friends. Romantically? Not so much. December 31st every year I say “This year I’m gonna fall in love” but never focus on it. But this year I’m going to take the time because when I sing songs from Complex Simplicity, I feel detached from them as I’m not having that experience. So that’s a focus of mine or at least to have sex.

How do you find juggling family and career?
Juggling family and career is not very hard for me because I started doing music because I needed to take care of my kids. It’s not like I grew up in the mirror with a hair brush. I just didn’t have dreams of being an artist. To this day I don’t care about being famous, my focus was to take care of my children. They are first and foremost the most important things to me in my life. It’s not hard to juggle because it’s all for them.

What are your opinions on shows such as American Idol and X-Factor? Do you respect the talent that comes from such shows?
I think the shows are rubbish, as you would say, but I think the talent that comes from them are great. It’s great that they have these opportunities. It’s just the judges, like, you get people on these shows that can’t sing but their telling somebody how to sing. I don’t get it. I don’t mean to be disrespectful but I’ve seen one of the judges performing and she was horrible and yet you have her judging people? All that is garbage to me.

Who or what person inspires you?
I’m inspired by so many people, specifically the people around me, my team. My sisters, my sons, my best friend. We live our lives our way, and that inspires me. Also, underground/indie artist making their way, utilising all those great social networking tools we have now and not conforming to what the industry to be. I’m constantly looking for inspiration.

You’ve been to the UK a number of times now so you must be familiar with some of the talent. What artists stand out to you?
I love Emeli Sande, she’s awesome.com. I love Jessie Ware, she’s got amazing vocals, really amazing.

Click here to get tickets to Soulgigs presents Teedra Moses at Koko on 27 February 2014. Doors open at 7pm.


Teedra’s EP ‘Love=Rocket’ will be out in May. Listen to a snippet from the EP below. If you are a musician or songwriter or maybe you just like to write songs and poems for fun! Then forget paper and pencil that’s so old school it’s all about Songwriter’s Pad™ app. This is a professional lyric writing tool that allows songwriter’s to write, arrange and store all of their lyrics and song concepts in one app.

If you can’t find the right word or phrase? Are running low on inspiration? Then Songwriter’s Pad™ will inspire your creative expression and eliminate writer’s block. Generate ideas with the app’s unique emotion based word and phrase generator.

Writing lyrics will never be the same again if you begin to use this program.