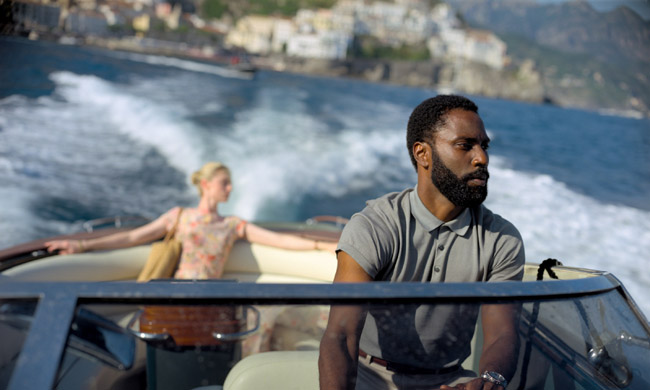 Christopher Nolan’s mind-bending melting pot of confusion is a visually epic phenomenon, but its vagueness and headache-inducing storyline leave a sour taste.

It’s the film that both Warner Bros and cinemas across the globe have pinned their hopes on to breathe life back into the pandemic hit planet earth. With Christopher Nolan’s insistence this needs to be seen on the biggest screen possible, audiences just might find that this “epic” blockbuster might just go too far in the brain-melting stakes if your concentration lacks anything but 110%.

Nolan’s cinema-saving effort goes in all guns blazing from the word go, with a well-choreographed human heist at a Russian opera house. The action comes thick and fast as John David Washington’s no-named special operative completes his first test (don’t ask me what that test was though).  Before we know it, the audience is in need of a Physics degree as bullets fly backwards and the mention of time travel and inverted nuclear weapons overtake a vague script that could only make sense to its creator.

Washington is the film’s protagonist and for every protagonist, there is an antagonist and that falls firmly at the feet of Kenneth Branagh’s theatrical portrayal of a Russian millionaire. At odds with the state of the world, he has found an ingenious way of saving it from itself, but to tell you what that is I would 1 – need to understand the over-complicated scientific jargon and 2 – allowed to give away a pretty major spoiler.  Let’s just say it’s down to Washington and his right-hand man who appears from nowhere and with no explanation as to who he is, played by Robert Pattinson, to save the world.

It’s not just all-male overload, oh no, we do have Elizabeth Debicki playing the put upon wife of Branagh’s villain. She plays a pawn in this futuristic offering that only stays with him for the love of their son. As she gracefully glides from scene to scene, it’s down to Washington and their non-existent connection to save her from the clutches of this wretched man.

For all of its nonsensical happenings, there is no doubting Nolan’s skill for the visual medium. From thrilling car chases consisting of forward and backward moving vehicles to fight scenes, again using the same format, these are cleverly sewn together and makes you wonder exactly how the hell was these even shot, you’ll even be privy to witnessing some of these scenes twice which finally makes some of the story begin to make some kind of sense.  Thrown in for good measure are the most glorious and stunning aerial scenic scenes that will have you craving for an expensive Italian holiday.

Far from groundbreaking story-telling or even award-winning performances – despite the talent on show, most of these characters could have been played by anybody and I constantly found myself thinking of Pattinson in his new Batman role – this is by no means one of Nolan’s best works, trying to be too clever for his own good may have just backfired and lost itself in the ether.