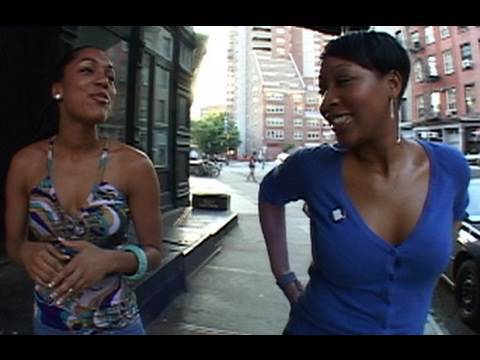 It seems faces from a little way back are making their comebacks into a new world where dance music seems to proliferate. One of the faces making a welcome return is the soul singer Terri Walker. Truthfully she has been off the lime light radar for an age but this does not mean she has been lounging. On the contrary she has been behind the scenes blessing peoples’ tracks and adding that particular brand of Terri Walker flavour.

Flitting between the US and UK and picking up a couple of work friends  like; Ski Beatz (on production for her forth coming album), Estelle and one Damon Dash, Terri Walker is well on the way to a majestic return. So Terri you have been away a long minute. I know you have been busy but what have you been up to?
Yes it has been a while that I have been away. I just felt that I needed time away and I just decided to do stuff in the background really* and through that time I got to meet Slum and Salaam Remi.

Yes Salaam Remi is a brilliant producer and I know your cousin Self Taught loves his production.
Definitely. It is funny you know because our whole family is really in the music scene? But it was funny because we all did not know that we were all in music game until a little while ago so it was kind of weird really.

So it is four years since you have been out of the music world so to speak. Has it been a period to find you, excuse the cliché?
You know what it is crazy but in a way yes I have been trying to find myself?  I had to be around my family, friends and people that are real and will tell you that you are talking rubbish.

So they helped you to come back to reality in a way?
Well I always was in a reality but there was a point where people tried to change me into this different sound. The first album [Untitled 2003] I did had Mos Def on there and then the next album I do is full of Swedish pop. At the end of the day I was young and I wanted to sing but that is how you learn you need to make mistakes.

When you are young, I expect you can be a little impressionable.
The thing is when you just want to sing, you just want people to hear your voice. I was more excited about being on stage and singing and I was not really interested in being “famous”. By the time I got to the third album [I Am 2006], however I was definitely more concerned about how I wanted to sound and what I wanted to convey in my stories and how I wanted to be seen.

So you are coming back which is great, firstly how did this connection with Ski Beatz occur because that is a big look?
People are saying that definitely. The funny thing is I was in New York with Estelle and just basically trying to meet up with the right people. During that time I actually met up with Mos Def’s manager and he told me that a couple of people wanted backing vocals and so on for people. I went down with him I ended up doing the hook on this track Aerilas 2010 by Ski Beatz that featured people like Mos Def and Stalley. After that Ski was like “you need to do more work”.

That is an amazing look. And what about Damon Dash who is it seems deeply involved with your new project.
It is definitely a big look, and the Damon hook up happened because he just happened to be in the place when I had returned to the US to do my album with Ski.

Is there a big difference working with people like Ski Beatz and Damon Dash.
I think when looking at that question, you have to remember that in America there is more of a demographic for our kind of people. That type of music [Soul/Urban] is such a niche and it is not really advertised that well. In the States, there is a big urban community. The work ethos is about get it done and out because there is a market for urban music in the United States.

That leads seamlessly really into my next question: is it too difficult for black soul artists to make it here in the UK, even stalwarts like Beverly Knight still have major difficulty and she has had to change her sound somewhat ?
Definitely, it is majorly difficult for us to make an impact because our music is really niche so to speak and to market us is particularly difficult when people try and market us in the pop world.

You were talking about Estelle who was here but did not really make a massive impact until she went to the US and blew up with collaborations with Kanye and John Legend?
Yes she did and she is doing really well. I think my music at the moment in truth is suited more to an American audience and market as opposed to the UK. It is music for people that love soul music because everyone in the UK at the moment is creating dance tracks at the moment. Do not get me wrong, I love my funky house music and I am thinking of doing a couple of remixes but there is a whole new world; there is Germany there is Japan and so there are more places than the US and the UK.

So getting onto your album standard question, what can we expect?
The album will have a hip-hop sound but with beautiful soulful melodies. It will be homage (although, it will never be the same) to Mary J’s, What’s the 411 (1992) which was a hip-hop album that was soulful and groundbreaking.

I know you featured on your cousin, Self-Taught’s track Where I Wanna Be any possibilities of you using his services on your new album?
Yes I did feature on his album so that was a pretty good look. He actually sent me some tracks and so I am writing on one of his tracks.

So has your maturity brought about a different Terri?
(She laughs) You know that thirty-one is the new twenty one? I feel like I am at my peak where I feel I know so much and I am ready not to take any shit. I mean with my album it is about keeping things positive and knowing that we must make the best of what we have in this life. The album has been produced out in the US so will it have a US release first?
Yes it will drop there first and get a good buzz out there before we go for promotion in the UK. It will drop early next year because I really want to get my name out there first because I have been away for so long you know. So I will be doing a lot of shows and drop one or two singles but I do not really want too many people hear too much stuff yet.

I remember checking you on Jools Holland’s show, so as you build the momentum up where are people going to be able to catch Terri?
Well hopefully on Jools Holland’s show again. When the album is done we will send it out to them and hopefully they will like it. But on the 1st of August I will perform at Jazz Cafe and so that is going to be absolutely brilliant and I really cannot wait and then Soul D Out on the 6th August, a few festivals so I will just be getting out there.