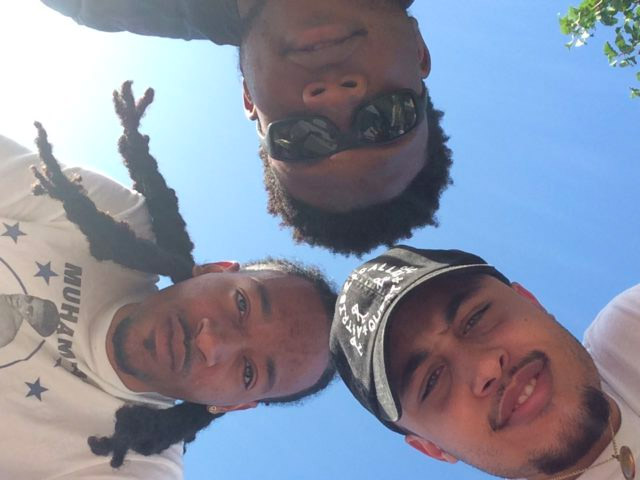 The title ‘SexamaliciousRambunctification’ is simply how the music sounds. To simplify it, this EP is a diverse pallet of sound and soul.

From the feel-good summer vibe of Onthamic and the classic G-Funk tribute on Deeez Beats to the lyrical martial artistry of Rhythm Krusaders and Funk Rocks. MelloSoulBlack and Mike B collide to make a special 5-track EP.

The project was recorded out a humble booth set up in a closet in Clues house and was mixed and mastered by Jeff Banks better known as “Kalm.”

The EP is expected to see a physical release on Soundweight Records later this summer/early fall.

MelloSoulBlack is a Hip-Hop group out of San Antonio, Texas. The group consists of three members: Clue, Brotha Cream, and Master GEA.

They have a unique style that is influenced by classic Hip-Hop acts such as A Tribe Called Quest, Outkast, The Roots, and many more.

Since the group has been together, they have seen numerous successes. Establishing relationships with producers Jeff “Kalm” Banks and Mike B, working with groups such as the Jazz Spastiks, MelloSoulBlack has amassed a following that seems to grow with every new release. A song they did with the Jazz Spastiks titled “What Ya’ Heard” boosted the group’s fan base and currently has 14.5K plays on SoundCloud and had a limited run on wax (Fresh Pressings).