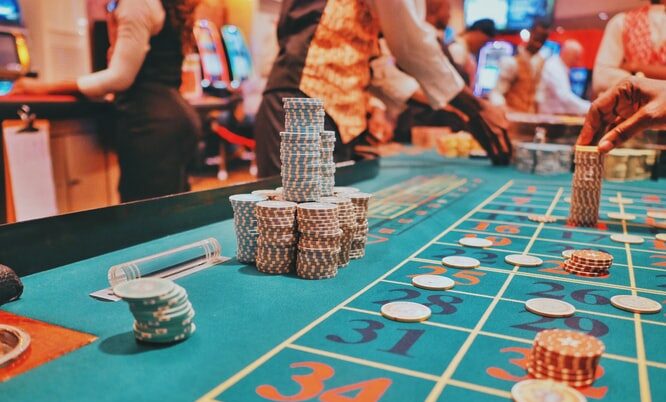 Gambling is a popular social activity in most corners of the world. Heading out to the casino is a fun night out enjoyed by many while betting online has become more common in recent years.

The coronavirus crisis has also been good for the online gambling industry with bricks and mortar casinos having been forced to close their doors due to the pandemic. But what are some of the biggest gambling nations in the world? We have picked out five to look at in more detail.

There is no doubt that Australia is among the world’s biggest gambling nations. Down Under, betting is simply part of the culture with more than four-fifths of Australians enjoying gambling.

Slot machines – which are widely known in the country as pokies – provide one of the most common forms of betting in Australia. But while a lot of people in the country are able to have a bet without experiencing issues, gambling addiction is sadly a significant issue in Australia.

It is estimated that up to one per cent of all Australians have an addiction to gambling, which works out at as many as 150,000 people living in the country.

Horse racing is one of the most popular sports to bet on in Australia – the Melbourne Cup is one of the top dates on the sport’s calendar – while cities like Sydney are home to casinos as well.

There are still legal restrictions on gambling in much of the United States, but America is slowly moving towards giving betting the green light, though this is happening on a state-by-state basis.

Of course, the US is home to one of the world’s top gambling cities, Las Vegas in Nevada, though the coronavirus crisis has rendered it a ghost town due to the local shutdown.

Casinos closing their doors has led to more online gambling in the US, with consumers looking to make the most out of offers and promotions as a result. Bonuses are credited to the player account, giving them a chance to win cash without risking any of their own money.

Along with Vegas, Atlantic City in New Jersey is another of the country’s cities where there are significant gambling options, making it a popular holiday destination for many Americans.

According to the American Gaming Association, almost two million jobs in the US are supported by the gambling industry. And the ruling from the Supreme Court that sports betting should be permitted in America is expected to lead to further growth for the industry in the coming years. Daily fantasy sports is a major driver of the growth in online gambling across America now.

Across the border from America is Canada – another of the world’s biggest gambling nations.

Canada has a fairly liberal approach to gambling, especially when compared to the US where attitudes can still be quite conservative.

This has helped Canada to become a major hub for innovation in its gambling industry, which is growing at a steady pace in the country.

British Columbia and Ontario are home to major bricks and mortar casinos, while online casinos and poker sites in Canada are licensed by the Kahnawake Gaming Commission.

Gambling has long been popular in the UK, which has some of the world’s loosest regulations for the industry. Betting shops are a common sight on high streets up and down the country, while online gambling on sports such as football is extremely popular in the UK as well.

There are bricks and mortar casinos that are available to visit in most major towns and cities across the UK, while bingo has seen a significant rise in online play in recent years too.

While there is sometimes criticism of the UK’s approach to gambling, organisations such as the National Lottery do a lot of very positive work as well. More than half a million projects in the UK have benefited from an influx of lottery funding with various types of good causes supported.

Last in our list of the world’s biggest gambling nations is China, which makes the cut mostly due to Macau.

Officially known as the Macao Special Administrative Region of the People’s Republic of China, Macau is an autonomous region where gambling is a major economic driver. In fact, the gambling industry in Macau is several times larger than the equivalent sector in Las Vegas.

Macau’s popularity as a hotspot for gambling received a big boost when its famous floating casino was used as the setting in the James Bond series smash hit film Skyfall in 2012.

There is very little gambling in the rest of China due to the fact it is not permitted by law.