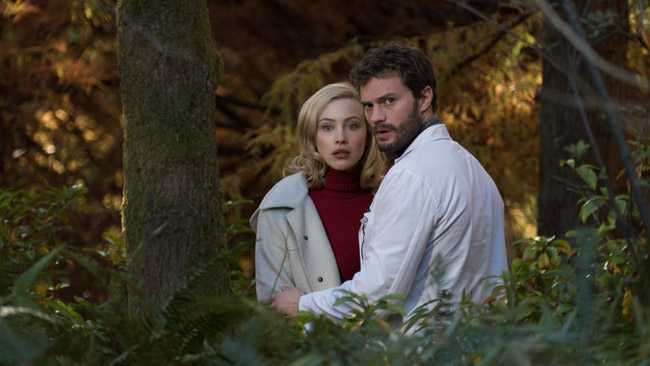 Before the novel, The 9th Life of Louis Drax was even published back in 2004, the late Director, Anthony Minghella, had already optioned the story for his production company, but with his many successful projects already in the pipeline never quite got round to making the film.

The film, however, was later picked up by Anthony’s Son, actor Max Minghella, who, since his father’s passing had teamed up with his father’s long-term friend and producer Timothy Bricknell bringing the film to fruition with the help of The Hills have Eyes and Horns Director Alexandre Aja. The 9th Life of Louis Drax has an odd ambiance, one which brings the truly Hitchcockian feel of the story to life with touches of a Supernatural mystery and twist which isn’t quite so obvious until the last quarter. Nine-year-old Louis Drax (Aiden Longworth) has led an extremely dangerous life, in fact, he has encountered eight near death experiences from chandeliers falling on him as a baby to electrocuted via a fork in a plug socket. Louis ninth comes during his 9th birthday with his parents, Mother Natalie (Sarah Gadon) and Father Peter (Aaron Paul). Whilst on a picnic Louis falls off the edge of a cliff into the sea below, surely this is the end of his life? Well, no, a couple of hours after being pronounced dead Louis begins to breathe again but remains in a coma.

With much of the story narrated by an unconscious Louis as he lay in a hospital bed, we are taken on a dream-like journey of the boy’s life. As a paediatric neurologist, Dr. Allen Pascal (Jamie Dornan), takes the boy into his care and tries to unravel the boy’s history as well as experiencing strange incidents, he becomes closer to Louis’s mother. Also, everyone is on high alert over the mysterious disappearance of Peter Drax and the constant threat he may reappear with dangerous consequences.

Layered with multiple storylines, which, at times, makes this, feel extremely clunky and with completely peculiar dream sequences where Louis is visited by an odd sea creature, this is a story of a troubled boy’s life through the eyes of a child. It switches direction more times than you can change your underwear but for the most, with a fluidity that actually works. The stand out scenes come with Louis sessions with his psychologist played by X-Men: First Class’s Oliver Platt which is smothered in a strange child maturity met with gentle humour.

A solid cast performance from all, which see’s Dornan in his first role since Fifty Shades of Grey to the underused Paul and Platt. It’s the young Aiden Longworth which steals the show with his mature vulnerability making him one to watch for the future.

The 9th Life of Louis Drax is out in Cinemas September 2.