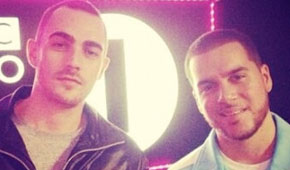 If you haven’t realised by now that Charlie Brown is a force to be reckoned with, you’re officially living under a rock. All this week, he has been providing us with unprecedented access into his musical life. And today, we take a penultimate look in to his diary to find out what he’s been up to… Today was promo day. The first one I’ve done for the single and it went great. Started early at Universal, and had a bunch of press interviews and acoustic performances throughout the day. Didn’t really know what to expect, but once the interviews starting flowing, the rest of the day flew by pretty fast. Been getting more great reactions and responses from Dependency. Days like today make me even more excited about this track! Today was also a great chance for me to get some early reactions about the next song people will be hearing from me… It’s pretty tongue in cheek lyrically, so I love seeing peoples initial responses. I saw some early treatments for the music video today, and there were some pretty ‘out there’ ones that I definitely wont be shooting, ha. But also some great ones, so can’t wait to get stuck into that later this month. More on that later though…. #WatchThisSpace Tonight, after promo at the label, I recorded an interview at BBC 1Xtra with CJ Beatz!!! I got to perform an acoustic version of Dependency as well as my next single She Makes Me. I’ve been a fan of his show for ages, so it was a good feeling to be on the show and to have 1Xtra’s support for Dependency, so BIG UP CJ for having me on!!