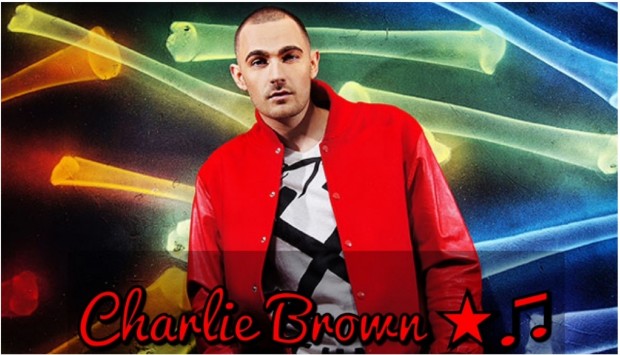 Here’s the final diary entry from rising singer Charlie Brown, who has spent the last week giving us an insight into his life. Ahead of his supporting role on Dappy’s UK tour, he provides us with an final round-up of his weekend schedule in preparation for the release of his new single ‘Dependency.’

Today, I spend most of the day in rehearsals running through my set for my gig next Monday (26/11/12) at ‘Showcase Live’ and of course, the Dappy tour. It’s all starting to feel a lot more real now that’s it’s getting so close. Can’t wait for the first show in Ireland! I heard it’s an amazing place, but I’m not sure how much of Ireland I’m gonna get to see… I have two shows (Dublin and Belfast), then just 3 days to get back to London, shoot 2 music videos for my next singles, and then head up to Newcastle to start the December leg of the tour. I’m adjusting to being this busy… As a songwriter for years, all I’ve been doing is getting to the studio for about midday and sitting on a couch writing songs all day, ha. #CultureShock, but lovin every minute!!

After rehearsal, I found out that InDemandFM had made Dependency their ‘Chosen one’ track for tonight’s show!! I just tuned into the show and heard the awesome intro they gave me!! Big up Alex James for supporting the song… Such a good feeling to hear it spinning and know that so many people are getting to listen to it! I’ve been getting a lot of tweets in the last 30 mins since the show from new followers that wanna know where they hear more material… Pretty surreal feeling. And new material COMING SOON!!

Been in the studio all day today. Met a new producer that I haven’t worked with before. I checked out some great tracks that he’d written previously and loved what I heard, so was already looking forward to today….I wasn’t disappointed! The beats were incredible, looking forward to getting the song finished and hearing the final product.

I’ve been doing writing sessions for a long time on other peoples projects, so it’s great to be able to dedicate time to getting my own album written. There’s been a lot of times in my career when I thought this might never happen for me, so enjoying days like this A LOT!!! I got into a conversation with one of my twitter followers about this today and she sent me this picture… I think it’s a great message for anyone working towards something that isn’t coming easy!!

Today I hit the gym for the first time in about a week… I’ve been slipping! I’m trying to get in good shape before I start the Dappy tour, because I know I’m probably gonna get into bad habits that month. Eating on the road and not going to the gym will probably kick me out of shape, so I’m trying to get a head start. It was painful so I think that means I had a good workout, ha. I can barely type this diary my arms are aching so much! Some of the interviews came out today from promo day I did at Universal on Thursday. It’s still pretty weird to see Dependency online and in different bits of press. It’s awesome to see it getting so much support so far! It’s making me even more excited about what’s coming next, Dependency is the perfect starting point for where I’m hoping to take my solo project…. Watch this space.

I met with a stylist today to go through all the different looks and things I’ll be wearing on the Dappy tour. It’s definitely starting to feel legit now that I have the clothes to go with the set-list and everything else we’ve been getting organised for the tour! Been getting a lot of tweets from new followers about the ‘Bad Intentions’ tour, so am looking forward to getting on the road and meeting everyone at the shows! Nick Bright on 1Xtra made Dependency his ‘Shut up and listen’ track of the weekend this week, so I had an on-air interview with him this afternoon. It was a wicked show to be asked to do, and was also my first time being LIVE on radio!! Everything else I’ve done has been per-recorded… So #NoPressure Ha. Interview went great and it’s amazing to be getting so much support from radio and TV this early on in my career! HAPPS!! You can check out the interview at this link >>>  http://www.bbc.co.uk/programmes/b01nwnt3 (2hrs 43mins in)

Thanks for checking out my diary, and don’t forget to keep up to date with me @CharlieBrownLDN.