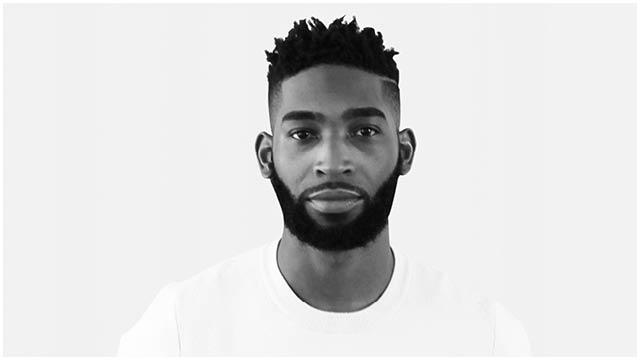 Midlands’s natives Tenny Ten, Frixion and the DNA dancers will be supporting number one chart toppers Tinie Tempah and Wiley on stage at this summer’s hottest music event The Big Fest at The Civic Hall, Wolverhampton on Sunday 27th June.

Brought to you by award winning youth lifestyle publication Flavour Magazine and The Big Live an incredible line up of hit music artists are set to perform at the event, including Fugative, Devlin, Mz Bratt, Fe-Nix, McLean, FDM, Nu Brand Flex, Stay Fresh, KHY, Avalanch, DH, A-Dash and Bragz. Here are a few more details on this exciting line up.

Tinie Tempah
Tinie Tempah originated from South London, gaining notoriety in 2006 with his underground debut single ‘Wifey’. Later, Tinie Tempah (real name Patrick Junior C. Okongwu) would come to top the UK charts in 2010 with ‘Pass Out’, a song ‘about getting so out of it that you pass out’. Currently signed to Parlophone, Tinie is beginning to make waves beyond the borders of the flourishing UK Grime scene. Wiley
Wiley is one of the founders of ‘grime’ music, but has since gone on to start up his own group. Mixing an electronic beat with a kicking hip hop beat, Wiley is grime music’s most famous, and best loved artist, influencing all those young artists who are coming through on the scene. Wiley is an MC and a producer, which is really telling in his musical style and arrangements.

Fugative
Aged just sixteen, Fugative’s twisted hooks and colourful rhymes belie his tender years. Fugative AKA Harry Byart is a living and breathing testament to his music, striving to reach the top on his very own merits.In 2008 the Loughton lad’s melting pot of urban influences delivered big time in the shape of first single ’It’s Summertime’. Capturing the feel-good spirit of DJ Jazzy Jeff this windows down, head-nodding anthem shot to No 2 in the music urban charts and remained top five for the next 16 weeks. Mz Bratt
Mz Bratt has emerged from the current UK Urban scene as the lone female role model within a male dominated arena. Her exceptional talent struck renowned award-winning urban producer Terror Danjah (Kano, Sway, Chipmunk, Shola Ama) who took her under his wing after hearing her at local MC battles and seeing her huge Myspace following.This was soon followed the news that Mz Bratt had been selected to be part of the T4 entertainment show ‘Music-Cool’, where she starred as the lead female- at one point reducing guest judge Jamelia to tears with her exceptional talent and vocal ability. She has now released a number of singles and is working on her album. Nu Brand
Wordsmiths Nu Brand have exploded onto the UK music scene, with eager anticipation of their infectious track Runway. Their combination of slick urban beats, eclectic melodies and sharp yet harmonious vocals act as a new force emerging from the UK underground grime scene. Independently accumulating in excess of 300,000 views of their video for Runway on YouTube, the band are reaching fans across multiple platforms, being tipped by music television channel MTV Base as the up-and-coming band of the month and airplay on Radio 1, BBC 1Extra, Choice FM and Kiss. KHY
Behind the three baby-faced KHY members is a charming array of smooth UK vocal talent. And the boys Kevin, Hope and Yemi certainly aren’t shy when it comes to laying down a flirtatious performance for the ladies. Their sound; gentle on the ears, yet exuberant and far from wimpy. It’s no wonder Ginuwine was impressed after they performed at one of his shows. The days of the sultry male singer is still very much alive. And when all the Ne-Yos and Ushers take a sprint into early retirement, someone’s got to take the baton.

Devlin
Rapper Devlin is one of the hottest names on the underground grime scene, having steadily risen through east London’s ranks with relentlessly gritty tracks featuring rapid-fire lyrics about crime, violence and poverty. The 20-year-old from Dagenham, Essex, spent 10 weeks at number one on digital TV channel Channel AKA’s chart with London City, a celebration of a boisterous night out in the capital, and is currently putting the finishing touches to his first album Bud, Sweat & Beers. McLean
McLean was born to a Lovers Rock-legend, John McLean. He is the brother of footballer Aaron McLean. Under the pseudonym of “Digga” he collaborated with Mercury-nominated garage icon M. J. Cole on “Gotta Have It”, then with drum and bassß duo Chase & Status on the song “Take U There” which featured on the debut album, More Than Alot. His debut single “Broken” was released on the 26 October 2009.[1] The song was first released independently in 2007 and has since then accrued over 20 million hits across major social networking sites, including YouTube and MySpace.

Tenny Ten
Described as the ’21st Century Poet’ and championed by Radio 1’s Tim Westwood following on from his successful appearance with Chipmunk on his recent UK tour Tenny Ten is looking forward to performing on stage in his hometown of Wolverhampton. He has garnered respect for his lyrical style and delivery on the UK hip hop circuit with his previous releases, the mix-tape ‘Ghetto Brick Road’ and tracks such as ‘Memory Blank’ and ‘Tin Soldiers’, a politically fuelled track about Iraq.

Frixion
Wolves natives Frixion are the latest male RnB/Pop group to emerge from the UK with an exceptional amount of talent, flair and style. Showcasing the collective talent of David Stanton , Neil Painter and Johnny Wright, Frixion are already tipped to be the next big British R&B/Popular music success. The Lads Combine soulful vocals and first-class songwriting prowess, it is no surprise that Frixion are already working with industry-leading producers and songwriters behind some of the Europe’s best selling artists.

DNA dancers
DNA – whose dancers are from Wolverhampton and Telford are the 2009 World Street Dance Champions and 2009 Midlands Hip Hop Crew Champions and are set to turn up the heat on the stage on the night. Fe-Nix
Fe-nix are the UK’s finest, bringing a uniqueness and style that’s been missing from the scene for quite some time. Hailed as the UK’s answer to the Pussycat Dolls this four piece, Jade (21), Ayshan (25), Tanya (24) and Priceless (22), have already proven a force to be reckoned with following the success of their club smash ‘Lady Baby’ released on Universal records. FDM
UK’s premiere R&B boy group, FDM (formally known as Fun*dmental 03) have undeniably proven themselves to be one of the most promising R&B groups to emerge from the UK this side of the millenium. Combining the artistic influence of performance veterans such as Usher and Michael Jackson, the poised R&B showmen known as FDM have proven themselves to be much more than just another boy group clone with their considerably breath-taking onstage performance and adept song writing talents.