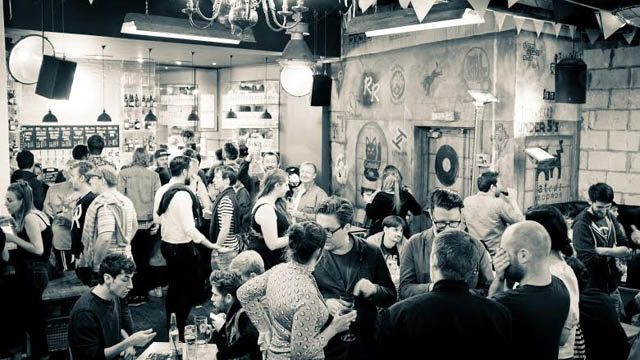 Ten of the UK’s most exciting breweries are partnering with ten of Brighton’s finest pubs to create the south coast’s biggest ever craft beer festival – The Brighton Tap Takeover.

Each of the breweries will ‘takeover’ the taps of their partnered pub for the whole weekend, creating the world’s best craft beer pub crawl, with more than 50 craft beers available on tap.

Run as a collaboration between leading Brighton-based operator, The Laine Pub Company, and beer distributor, The Beer Collective, the event will run across the weekend of 8-10th of April.

The hub of the festival is Brighton’s leading microbrewery, The North Laine Brewhouse, which will feature beers from all of the breweries, alongside its own. All of the participating pubs are within ten minutes walk.

Entertainment and music will be a big part of the weekend, with Island Records featuring at the North Laine Brewhouse on Saturday night. The iconic label will be curating a night of music to keep you dancing into the early hours, as well as showcasing the label’s own Island Records Session IPA, created with Two Tribes Brewing and Soundwaves Brewery. Other key events include Top Of The Hops at vinyl music bar, Dead Wax Social. Each of the brewers has been asked to bring their favourite tracks on vinyl and will be hitting the decks from 11am to 3am on the Friday night.

Visitors can buy a special wristband in advance to receive 20% off all beers, all weekend. Each wristband costs £15 and comes pre-loaded with £15 of beer credit, as well as a bag of limited edition merchandise. Available from the North Laine’s Brewhouse or www.taptakeover.co.uk.