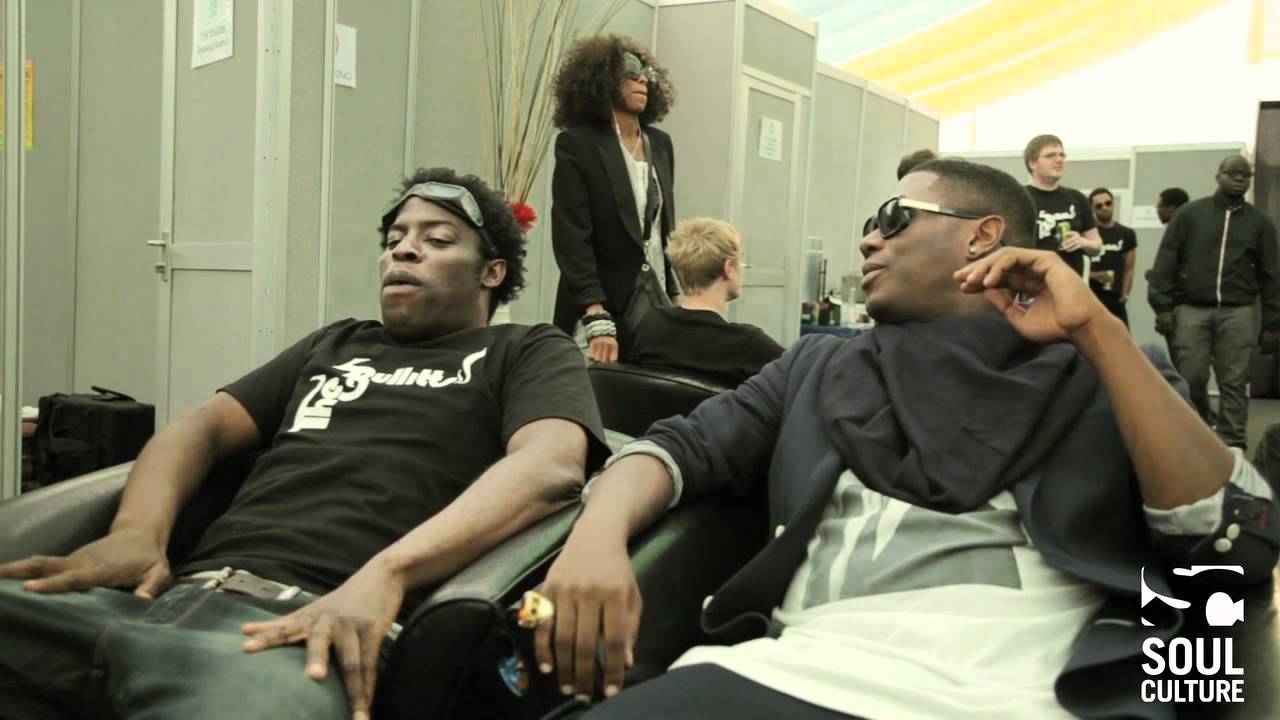 The Bullitts essentially is Londoner Jemyes Samuels, who is a quirky and individual talent. He is not just a musician, writer and producer, but a filmmaker too who comes up with the concepts for his videos. Thye Die By Dawn and Other Short Stories is not just an album, but a whole story played out like a film. Lucy Lui, who narrates the album, plays the character Amelia Sparks, a femme fatale who is a murder on death row. Idris Elba plays another character, with other features on the album including Jay Electronica, Tori Amos, and Mos Def. Jeymes describes his music unsurprisingly as ‘action adventure,’ which sounds like an exciting film genre. This is Jeymes Samuels though, not one to stick to the rules, he is an innovator and explorer. Tell us firstly about the history The Bullitts?
The Bullitts is the moniker that I make music under. I was always called The Bullitts because I love the Steve McQueen film, ‘Bullitt.’ I used to refer to my songs as bullets, because they were like gunshots. The Bullitts is myself, although it seems schizophrenic of me to have a ‘s’ on the end of my musical moniker, but I suppose in this insistence one man is a plural. It allows me to have Tori Amos to sing the song, or if I want to fall back and have Lucy Lui talk over that piece of music, and no one questions it when it’s The Bullitts. If it were Jeymes Samuel, I would have to sing every track. I perform 90% of The Bullitts album, but its not all songs that I have to appear on.

You seem like an interesting character that comes up with imaginative concepts. Tell me about yourself and your thought process.
In film I was always doing music and film. Someone said to me the other day, “what’s the one thing you do best?” I said who made up that stupid phrase, why do you have one thing best? Great minds think alike, the greater minds do something about it. For me I’ve always done music and I’ve always done film, and I’ve done both simultaneously. As a musician I don’t hear music I see it. I would have a dope idea for a song, then the next day I will go out and shoot the visual for the idea that I have.

Do you think your songs would have as much of an impact if they did not have well known artists and actors involved?
Yes, it could be egotistical, but Landspeeder doesn’t have any feature on it, but Zane Lowe chose it as hottest record in the world, and proclaimed it as his seminal track for The Bullitts album. Landspeeder again won the review show. With the pen and paper I’m nice, I don’t write about some mundane, ‘braid my hair,’ I’ll write like, (sings) ‘there’s an angel of forgiveness, whose taking out the witness, I remember, she’s a melancholy stranger with a bullet in the chamber, I remember, in a land of fallen kings play the violent game to win, I remember.’ I write from a unique standpoint, so it’s not that I use actors or actresses because they’re famous, I work with the people that are the right people for the project.

You selectively chose Idris Elba and Lucy Lui to work with and voice specific characters. What was it that led you to choose them?
When we see actors, we just look at them and watch them, and we don’t listen to them until their doing some animation. Lucy has an amazing talking voice, it literally melts you and because of that reason I always wanted to hear her on a track with Jay Electronica. That’s why I choose the artists and actors and actresses that I choose, it’s because what they bring to the sonics of their role. Idris Elba is Luther and Russell Stringer Bell in the Wire, he is a phenomenal talent, his voice is nuts so it works in a musical forum. Idris can actually sing and rhyme and produce. No one’s put Jay Electronica on a track with Lucy Lui, no ones put Charlotte Gainsbourg on a track with Jay Z. It’s about having strength of convictions when you write something, and then pursuing it. I want to put Jay Z and Jack Nicholson on a track.

What role would you like to secure for Ronnie Corbet, who you described as the ‘illest storyteller?’
Ronnie Corbet is a dope storyteller. I imagine him reading classic hip hop verses. Imagine Ronnie Corbet saying to the audience, ‘Good evening my name’s Ronnie Corbet. Have you ever had the feeling that you’ve been falling for weeks in a well. I was on the verge of dying, like ET in the bald spot of the forest right next to the Speak & Spell. Trying to phone home but the signal wouldn’t reach the cell.  Trying to hold on a little longer, teeth and nail, without a hand to wipe the tears away from my cheek when they fell.’ That would be the illest tish to have Ronnie Corbet on a Youtube clip rapping a Jay Z line. That’s why I want to work with Ronnie Corbet, to have someone whose storytelling is good.

Given the albums ingenious individuality, how would you yourself describe it in a few words?
I would describe the album as a one way portal into the world of action adventure and no one gets out of here alive. It’s bad, this album is dope, The Bullitts album is dope. The first track, ‘They Die By Dawn,’ is monstrous of the highest degree. Your name The Bullitts was taken from the film, has the film Bullitt inspired the album in any way?
In same ways it must have done because I love that film so much. It must have done, (you ask really good questions). There is a film that inspired The Bullitts album, and that film is ‘They Live By Night,’ it’s a film noir with Farley Granger. They Die By Dawn and Other Short Stories is a film noir, it’s like a sonic film noir. Its all audio opposed to visual. ‘They Die By Dawn’ is a play on words from my favourite film noir ‘They Live By Night.’ Other short stories comes from my love of Roald Dahl. He always made these books and other short stories kiss kiss.

Many people already are viewing you as an innovative visionary – very unique and ahead of your time. Growing up, who did you consider to be the visionaries that stood out for you?
I’d say Ennio Morricone who was a soundtrack composer, he composed the score for Sergio Leones westerns. He would use voices as percussion. He couldn’t afford a massive orchestra in those days, so he would use voices. He was the original beatboxer. Jay Electronica, the way he puts lyrics together is amazing. That guy is a genius, what he’s saying is so on point. His train of thought is so fast. Jay Z, Kate Bush, Tori Amos. The sound of someone’s laugh can inspire me; I always hear melodies’ in laughter. That kind of stuff inspires me more than one person.

Has the excitement and interest with which your music has been received surprised you at all?
It’s warmed me; it makes me feel really warm that it’s being embraced. Especially with people like Zane Lowe who’s given us three hottest records in the world so far. It excites me when people get excited over The Bullitts. There are things missing in pop culture, I don’t know what’s happened. Saddam Hussein was executed on Youtube, Gaddafi was executed on Youtub. We have all of this going on, but artists are so mundane in their approach to making music. Yet all of this new technological advances are going on from facebook to twitter to iTunes, just the way we use digital media. Everything is changing except artists. There giving us the same old do doo, with the same topics you gave us in the 90’s. No one does anything to change it.

You’re a writer, producer, film maker and musician. Which of these best describes your main calling?
I’ve always made songs, since I could pick up a pen, and I became a producer because I would actively make that song. I blend genres, and influences to come out of one genre. It’s possibly an easy thing to do, but it’s a hard thing to do if your not making the music yourself. I make action adventure. There’s 6 and a half billion people on the planet but only 6 genres of music. Your telling me all you feel every single day is r&b Chris Brown, your telling me all you feel is dance or rock, everything has to fit in those genres? I make action adventure. My main calling is to be Jeymes and to be truthful to what I do.

Supercool is out December 2011. They Die By Dawn and Other Short Stories is put in spring 2012. Follow on twitter @TheBullitts