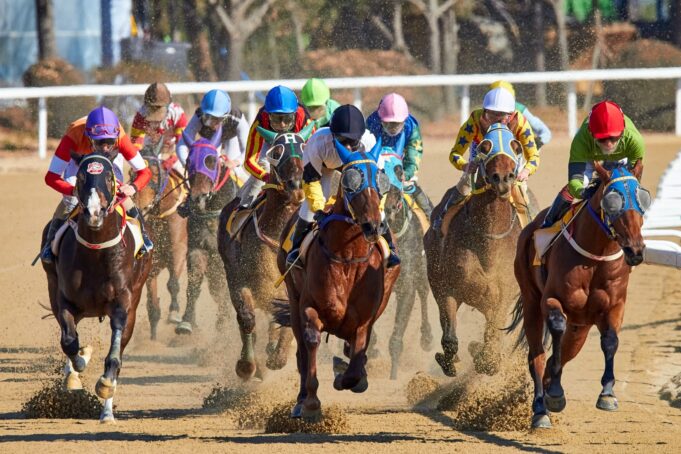 To the layman, the Grand National is the biggest betting event horse racing has to offer. It’s true that the classic four-mile two-furlong steeplechase does see millions of people and millions of pounds gambled on it. But for serious racing fans and bookmakers alike, nothing compares to the Cheltenham Festival.

Every March, over the course of four days, 28 jumps races take place before almost 300,000 fanatical racegoers the action will unfold. It’s very different to any sporting event found anywhere in the world. Naturally, you might be thinking ‘Royal Ascot’ about now but that is not a real horse race meeting, it is a toff’s ball where ridiculously expensive hats get their one and only public outing and uncorked bottles of Champagne are left to waste.

We concede horses to race there and win big prizes but these flat racers are quickly whisked off to stud to make their insanely wealthy owners even richer and they never see a second season on a racecourse. The champions do at Cheltenham, they come back year after year to cement their names in the history books creating an indelible memory that those present will recite decades later saying  “I was there”.

One such horse will line-up this year with the pint-sized Tiger Roll attempting to win at the meeting for a fifth consecutive year. If you check out our Cheltenham Festival betting guide you will see this Irish trained living legend is the clear 11/10 favourite with the bookmakers for the Cross Country Chase which takes place on the second day of the Festival (Wednesday, March 11th)

Another superstar and strong favourite is Altior who built up a sequence of 14 consecutive wins before being beaten for the first and only time at the start of the current season. He’s since got back on the scoreboard and the bookmakers are reporting he is the most heavily bet horse of all this year’s Cheltenham Festival runners and is now best odds of 2/1 to win another Champion Chase.

Unlike Tiger Roll, Altior is trained in the British Isles and long before the word Brexit was invented there has been a healthy ‘them vs us’ rivalry at the Cheltenham Festival with the cream of the Irish crop plundering up to and over half of the 28 races and £4.5 million total prize-money.

In recent times Tiger Roll’s owner, Michael O’Leary, has been amongst the Festival’s leading owners. He’s probably better known as the Chief Executive of Ryanair, the airline which, in 2020, has scheduled an additional 32 flights to ferry Irish racegoers to and from the airports closest to the Gloucestershire racecourse during Festival week.

If you want to see jumps racing at it’s very best then look no further than the 2020 Cheltenham Festival which runs from Tuesday 10th March – Friday 13th March.