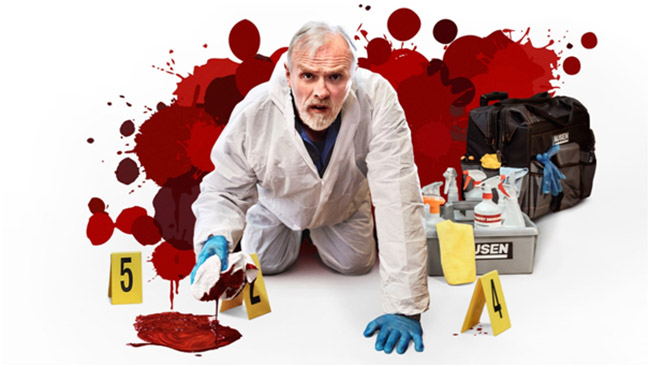 ‘Taskmaster’ host, Greg Davies once again returns to the BBC with his latest series ‘The Cleaner’ this week in the role of a crime scene cleaner who not only has an obsession for cleanliness but is also quite fond of a pint.

Consisting of 6 episodes the series follows Wicky (Greg Davies), a crime scene cleaner. After CSI has finished, he mops up any grizzly remains. And you’d be amazed who you can run into at the scene of a crime…

German viewers may well be familiar with the concept of the show, taking inspiration from the German series Der Tatortreiniger (Crime Scene Cleaner), Davies has adapted the story for English audiences and put his own witty comedy flare to the story which features a few familiar faces popping up along the way. 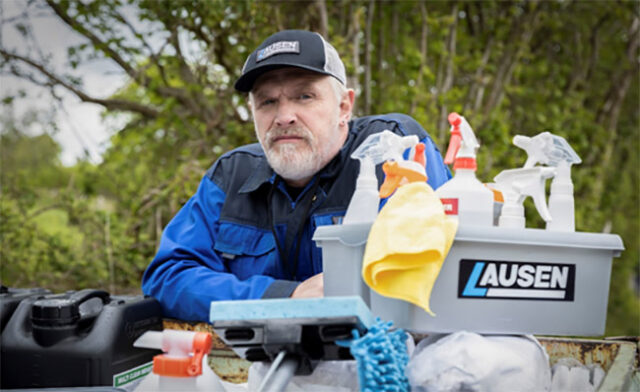 Recalling the tone of the new BBC series, Davies said “The Cleaner is a comedy about a man who has made it his job to mop up the horrible aftermath of crimes and accidents. To Wicky, a bloodbath is just an obstacle between him and his next pint. Each week he attends a different ‘crime scene’ and meets a new character associated with whatever had happened. Each episode is totally different the only constant being a man with an Everyman curiosity and a determination to leave things spotless. It’s also very silly at times and I hope funny.

I think it’s a unique show in that the cleaner is the only constant character. The bizarre life events that have led to him being called, unfold differently every week and he finds himself in strange situations talking to people he has no frame of reference for.”

The cream of British comedy makes an appearance throughout the series from Helena Bonham Carter and David Mitchell to Stephanie Cole, Donald Sumpter, Shobu Kapoor, Ruth Madeley and Layton Williams. 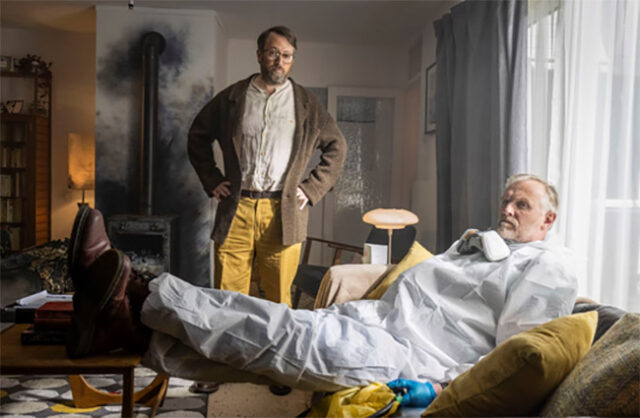 David Mitchell commented: “The whole experience of filming a funny script in a house for a few days was such a lovely return to pre-pandemic life all round. We were shooting in April and it was one of the first things that made me believe that life really could get back to normal.”

‘The Crown’ star, Helena Bonham Carter said “It has been brilliant fun working with Greg and the team on The Cleaner. I thoroughly enjoyed playing Sheila, one of the eclectic (and sometimes murderous) mix of characters that ‘Wicky’ comes across during his gruesome but necessary work. Before this job, thanks to my children, I knew Greg as the really tall man on Taskmaster, but now I know that not only is he genuinely very tall but he is also a brilliant writer, and as nice as he is funny. And he has a lovely mum.” 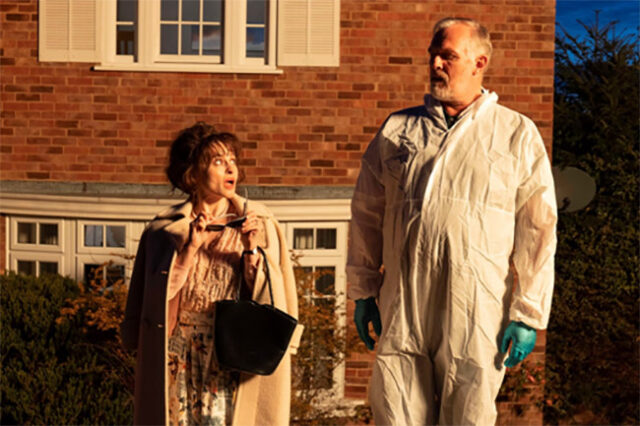 The show premieres on BBC 1 on Friday the 10th of September at 9.30pm, with the full series available on BBC iPlayer from 10pm.