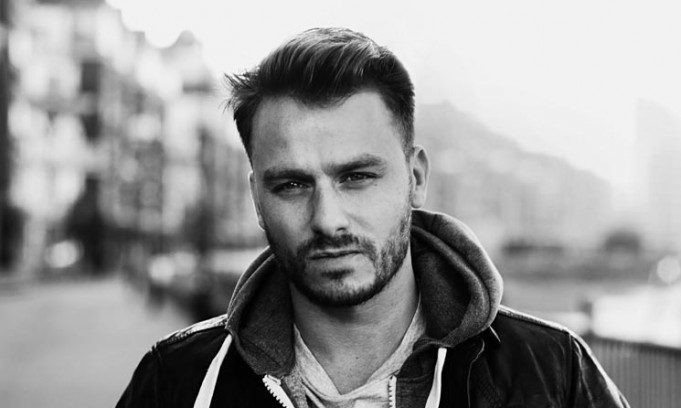 I don’t usually write articles about these types of situations but this was hard to ignore. If you have not seen or heard about the huge controversial drama surrounding Dapper Laughs recently then you must be living under a rock!

A huge media storm broke out this week regarding the comedy that Dapper Laughs has been portraying during his live shows, on his ITV2 TV show and across all his social media channels. The massive attention that it has received has got me thinking. Is this type of comedy right or wrong?

Dapper Laughs has come to a sudden end after media coverage pointing out his controversial comedy that has caused a huge stir with the british public. The comedian, real name Daniel O’Reilly, shot to fame this year off of the back of home made video clips posted on social media channels which exploded across the UK. O’Reilly created a character called Dapper Laughs who pushed comedy to the furthest bounderings known possible. He proved to be a major success with the british public which landed him a live tour and his own ITV2 TV show. Lately however it has all come crashing down to a bitter end for the joker.

The controversial drama all started when a shot clip from one of his live shows ended up on the internet. The clip shows the comedian performing live and discussing how people have critised his recently aired TV show, stating that they believe it is a go to guide for a rapist. He is seen defending himself and explaining that it is not a go to guide for a rapist and he even states that you can’t go around rapping women. The blow then came when he pointed to a woman in the audience and jokingly said “your gagging for a rape”. This was the blow that has caused Dapper Laughs to shut down almost immediately. This blow caused members of the public to start a petition that was signed hundreds and hundreds of times to take his TV show off air. Not only did a huge percentage of the public back this petiton but the media also jumped behind it in a second. Is this comedy really wrong?

In Dapper Laughs defence, anyone who watched the TV show or attended the live shows would have been fans of this character and they would have known what type of comdey this character plays out. Therefore i believe that they would not of been affended by this banter. Dapper Laughs has always played on comedy that puts down the female species and portrays what a “typical geezer” would say or do in certain situations. Daniel O’Reilly is not the character he plays, the character is fictional and was created soley on the purpose to make people laugh with feminist jokes. He teaches men how to pull girls in a funny and non realistic way. What about the comedy character Keith Lemon? Keith Lemon is a huge success and it is clearly obvious that Keith plays down woman making them all sexual objects. Yes, fair enough, he hasn’t referred to rape before but isnt this still the same type of comedy? Should he still be allowed on TV if Dapper Laughs isn’t? Frankie Boyle publicly mocked glamour model, Katie Prices disabled son at one of his shows yet, even after all the bad press he received for it, he’s still allowed to be a comedian. Is that fair if Dapper Laughs isn’t?

Not only has Dapper Laughs comedy been reffered to as a go to guide for a rapist it has also been said that its a form of bad role modeling making people think that it is ok to go out and treat women like this. Bad role modeling? Lets talk popular reality shows. Geordie Shore is majorly set around young guys going out and pulling girls soley for sex, a one night stand. It also shows young girls going out and happily having one night stands with different men each night. Not only does it show off sex but it also shows extreme binge drinking. Is this not just as bad but in a different form? Do you want your teenage daughter or son watching this? Moving onto Towie. Towie is full of enhanced women. Nearly every women in the show has gone under the knife for some form of plastic surgey. What type of role modeling does this show? That the natural human body is not good enough and that women should turn to plastic surgey to “make them look better”. Towie has even showed scenes of these women at a hospital getting prepared for plastic surgey in the past. How will this affect the children and youth of today? It amazes me that shows like these have aired for years yet no one has battered an eye lid at them. Now, after all this drama the comdey show by O’Reilly has been pulled off air, a second series has been cancelled and all episodes have removed from the On Demand services. The websites have become bare, stripped of any sign of Dapper Laughs details, the merchandise is no longer for sale and the social media channels have come to a stand still. Dapper Laughs has been around for five minutes and already the media and some of the public have ripped him to shreds and stopped his career. Is this right for one controversial mistake? Daniel O’Reilly appeared on BBC News Night this week to discuss the situation and appeared as a broken man. He stated that after all this drama he was extremely sorry for any hurt caused and that Dapper Laughs is now gone, gone for good! The comedian was clearly devastated about what had occured over the last few days. The interviewer integated the comedian for the whole seven minutes and continued to interupt him during every explaination that he tried to give. I believe the interview was extremely unfair and possibly set out to make Daniel O’Reilly look even worse which, in my opinion, is outragous! Yes he said some bad things, but as a human being did he deserve this pulling apart live on TV?

Do i condone rape? No not in the slightest, not at all! I think it is a vile act and any human being who performs such a crime should be extremely punished. Do i find Dapper Laughs comedy funny and harmless? Yes, some of it i do. Not all of it, but some of it. Do i think it will make people go out and recreate his videos? No, not at all! A video clip, a TV show or a live show would not make any normal sane person think that it is ok to actually commit this in normal every day life, no matter your age. People know that it’s comedy! So why do we think it will? You have to be, in my opinion, crazy to think it would. Some computer games, films, TV dramas and other shows all highlight signs of sex, sexual assualt and voilence yet these have not prombted normal minded sane people to go out and recreate crimes or commit new crimes nor have they been banned or ripped apart by the media and public. What makes Dapper Laughs different?

I do believe that Daniel O’Reilly went a step too far and simply needed a warning to reign it in. I believe that he needs to, which he has, take responsibility and say sorry. However the way the media and BBC treated him was degrading and absolutely disgusting. Its comedy that is meant to be funny, crude and a boundery pusher. Not a crime in the making! I also think that Daniel O’Reilly was doing a job that ITV2 hired him to do and then left to pick up all the pieces. Maybe ITV2 should have been the people appearing on News Night in that awkward interview, not O’Reilly!

What do you think? Leave your thoughts below.