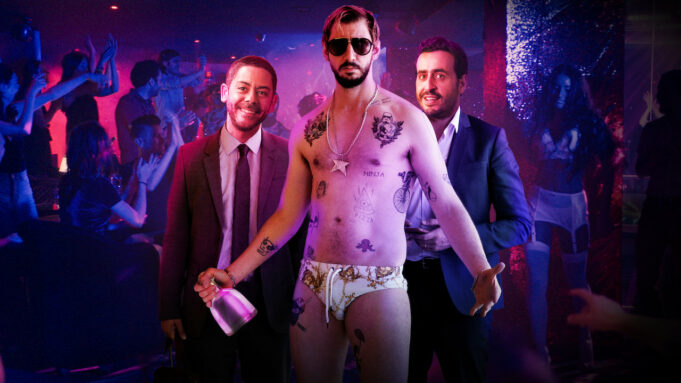 Not only is the stag do a crucial rite of passage for any man about to tie the knot, it’s often the highlight of the year for his nearest and dearest too. This is the party to end all parties and they just seem to get bigger and better with time.

Stag dos certainly aren’t a recent custom. These were celebrated by civilisations as far back as the ancient Spartans in the 5th century BC, where the groom’s last night of freedom would be commemorated with dinner and toasts on his behalf. Nowadays, if the best man planned a stag do that dull, he probably wouldn’t have the job for much longer.

Today, stag dos are all about booze, babes and the maddest dares, pranks and games you can think of. These might involve taking part in dangerous pursuits, partying to the absolute maximum and, of course, embarrassing the man of the hour as much as possible! Most importantly, the stag of your dreams should make you all laugh as you’ve never laughed before, so it’s vital you have the itinerary nailed.

If you’re planning the bash for your soon-to-be-married mate, or even if you’re the groom himself, here’s our pick of the craziest stag do activities for the ultimate weekend of mayhem.

Every top stag do involves a stripper, but why not up the ante with this unique twist on tradition? Stag specialists Maximise have created a treasure-hunt inspired scenario in Budapest called Save the Stripper, which requires the groom and his gang to go on a quest in search of their scantily-clad damsel in distress. With questions and puzzles to solve as you ramble across the city—and copious beers and shots along the way—this is the wildest pub quiz you’ll ever experience. Best of all, once you’ve managed to locate the lost lady, you’re treated to a celebratory strip show.

As fun as go-karting or quad biking could be, these modes of transport won’t get the heart pumping as a tank will. Taking one of these bad boys for a spin is sure to give you an intoxicating adrenaline hit as you and the lad’s whizz around in one of these war machines. With no driving license required, there’s always an expert on board to give you tips as you tackle the humps and bumps ahead.

Boozing is undoubtedly one of the most important parts of the stag experience, which means your chosen destination needs to be somewhere that lets you party hard. Some of the best bar crawls in the world can be found in London, Dublin and Prague, though the outstanding nightlife of Amsterdam, Barcelona and Liverpool is helping to cement these locations as supreme stag hot spots. If you’re new to the area, it might be a good idea to book your group onto a guided tour of the city’s best pubs, bars and clubs. That way, you’ll avoid places that aren’t worth your time and money, and find yourselves much more likely to have an unforgettable night. That being said, your memory might be a little foggy after that many pints.

You and your mates will be in stitches during this riotous stag do activity. In a nutshell, Man vs Dog sees the unlucky groom go head-to-head with a hound that’s big, scary-looking, and keen to take him out. All the rest of the group needs to do is stand back, watch, and laugh as the stag runs for his life! The dog is sure to knock him down and give him a nasty bite—however, as he’ll be dressed in special protective clothing, there’s no danger whatsoever. Make sure to catch it all on camera, as you’ll be ripping into your pal for months to come!

It’s The Beautiful Game as you’ve never seen it before. Though you may have enviable skills on the pitch, see how great you are once you’re trapped inside a massive inflatable ball. For the uninitiated, bubble football is the same as any other five-a-side match, but far more unruly, with your kit supplemented by a giant zorb. Expect a lot of bumping and bashing as both teams race to victory, and enjoy the hilarious consequences as you all literally bounce off one another.