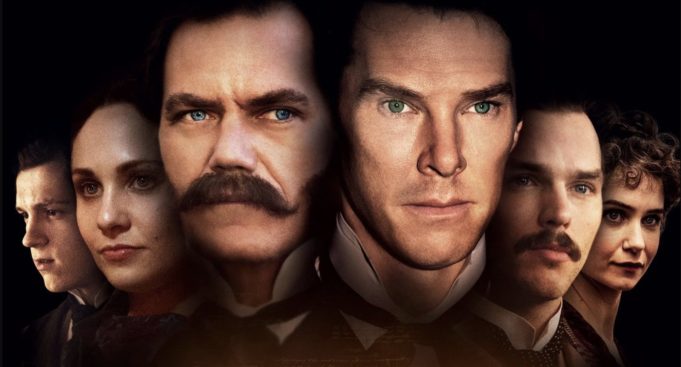 Stylish and intriguing with strong performances all-round but that light bulb blows and sizzles out.

Electrifying this may not be, but there is an element of intrigue and fascination in director Alfonso Gomez-Rejon retelling of the battle of the grid between electricity magnets Thomas Edison and George Westinghouse, a film that has been stuck in limbo for a while due to the Weinstein situation.

Benedict Cumberbatch plays inventor Thomas Edison, a priggish man of famous stature who tends to throw his dummy out the pram when things don’t exactly go his way. During the 1880’s he becomes the first man to light a small area of Manhattan via his newly discovered light bulb through his direct current. However, he has a rival in George Westinghouse (played by Michael Shannon) and his company have decided to move away from the use of Gas and jump on the electricity train but has a different approach on how to deliver light via an alternative current. Although Westinghouse would rather work together with Edison to provide light to the whole country, Edison, set in his greed, would rather go head to head with Westinghouse and cause an all-out war trying to besmirch his reputation.

It’s not all current’s at dawn, Gomez-Rejon tries to open up the personal lives of these men. Edison’s long-awaited desires to be a wealthy man are forefront but with highly moralistic values and his family life comes in as at a close second. Any attempt at trying to make the man human falls at the wayside as the plot points become meekly written.

With gothic hues of candlelight, it’s a lesson in visual opulence that lends its authenticity in bringing the era to life. The screenplay on the other hand never quite delves as deep as the longing of wanting to know more about these giants in their field.  Nikola Tesla (played by Nicholas Hoult) is thrown into the ring to make this an even fight, but all too often, it feels like he is simply a second thought. Disregarded in the storyline and by Edison who was adamant it was his way or the highway, Tesla eventually joins Westinghouse’s team.

You can’t fault Cumberbatch, Shannon or Hoult in their performances, each quite a different man and all played with convincing tenacity. Tom Holland has a small part as Edison’s personal secretary Samuel Insull which felt slightly miscast due to his teenage features. Katherine Waterston plays the ever-supportive wife of Westinghouse, more often than not wearing the trousers in that household by frequently giving him the push that he needs to be a bit more ruthless in his fight.

What we have here is a story that is stylish and intriguing with strong performances all round, but it respectfully skims the surface of these men’s desires but never quite delivers the ultimate shock.

The Current War is out in cinemas July 26th