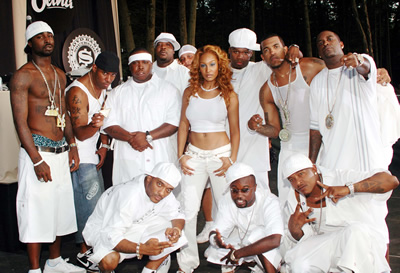 The Game, a former member of G-Unit, has started an online petition in an effort to reunite with former pal 50 Cent and the rest of G-Unit. The West-coast rapper, is hoping he will be able to bring one of hip-hop’s biggest groups of the last decade back together.

He is using his Facebook page, as well as, a new website, Gunitreunion.com, to promote his initiative for a G-Unit get-together. On the site fans are urging 50 Cent, Tony Yayo, Young Buck and Lloyd Banks to settle their differences and return to the music scene.

“My problem with [Game] is that once he got to the point where he wanted to be, where he sells 5 million records, it was ‘G-Unot.’ So like why would you want a reunion now if you want to be the guy to try to bring down the brand and the name?” Yayo added.

During a recent interview with Hip-Hop Nation, 50 Cent played down the rumour by saying there probably will “not” be a G-Unit reunion. Both rappers, who are currently enjoying solo careers have been feuding ever since 2005.