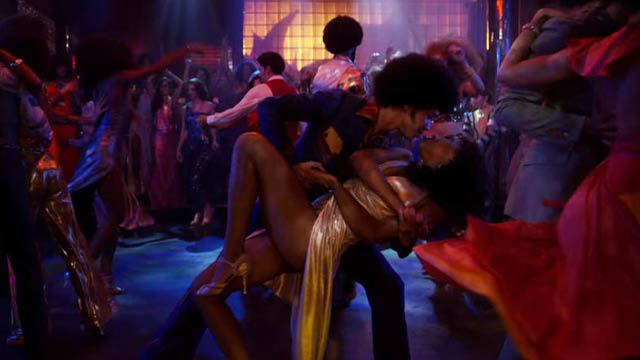 Brace yourself folks, you’re in for one hell of a ride. Netflix original series ‘The Get Down’ is out today (August 12th 2016).

This is the first look at The Get Down from creator Baz Luhrmann’s music-driven drama that blends disco, punk and hip-hop to tell the story of a group of kids in New York in the late 1970s.

We’ve seen the first episode and we are uber excited about the release of the Get Down. If you like dance movies, if you like 1970’s fashion and if you like to laugh out loud then The Get Down just might be for you.

Set in the 1970’s The Get Down will take you on a vibrant fun filled journey of music, dance and errr a bit of karate… WTF? Karate? errr yeah sort of, basically The Get Down is nothing like you’ve ever seen before. Some people will love it, some people might hate it, but either way your gonna have to say something about The Get Down and luckily it’s a series so it means we get to watch lots and lots of episodes.

So get your dancing shoes on the ready as you’re in for one hell of ride. The choreography from the series is by the one and only Rich and Tone who have worked with the likes of Michael Jackson and Madonna. So we bet there will be a lot of new dances moves for you all to learn during the series. The Get Down focuses on 1970s New York — broken down and beaten up, violent, cash strapped — dying. Consigned to rubble, a rag-tag crew of South Bronx teenagers are nothings and nobodies with no one to shelter them — except each other, armed only with verbal games, improvised dance steps, some magic markers and spray cans. From Bronx tenements, to the SoHo art scene; from CBGB to Studio 54 and even the glass towers of the just-built World Trade Center,  The Get Down is a mythic saga of how New York at the brink of bankruptcy gave birth to hip-hop, punk and disco — as told through the lives and music of the South Bronx kids who changed the city and the world…forever.