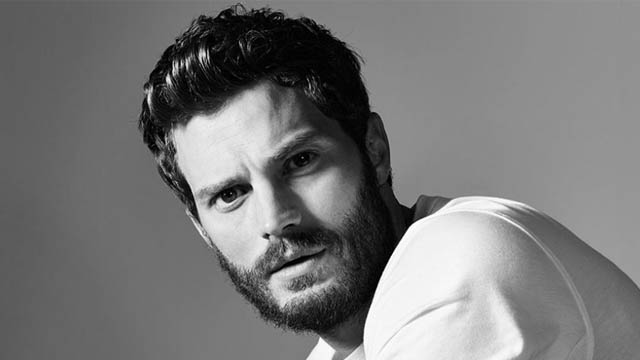 Last week we brought you our list of The Hottest UK Female Actors you should follow on Instagram, so quite rightly we had to put a list together of The Hottest UK Male Actors you should follow on instagram just to get the balance right, as our content may be seen as a bit too sexy female heavy and we don’t want our female readers missing out on the great UK eye candy that are making a name for themselves on our screens.

Along the same lines we have stuck to our young rising stars to shine a light on so you won’t see the likes of Tom Hardy, Idris Elba or Jude Law in this list no matter how much they get our hearts racing or our knickers wet.

At only 22 years of age, Lancashire born Lucien is certainly a rising star to watch out for. With numerous roles on British TV under his belt such as Waterloo Road, Supernatural and Skins just to name a few he has caught the eye of our American counterparts and landed himself a role in US TV Series, Scream Queens, alongside Jamie Lee Curtis and Nick Jonas. Film wise we are about to see him in British teen real life drama Honeytrap and at some point this year The Boy with the Thorn in his side with Example. With a face (and body) like his please someone tell me what is not to like. This boy is going to be a star.

Jeremy (whose real name is Jeremy William Fredric Smith) first came to our attention in film War Horse and has since seen his career go from strength to strength. Most recently you will know him from The Woman In Black 2: Angel of Death alongside Phoebe Fox. 2015 see’s another 3 films on the agenda with The World Made Straight, Stonewall and Fallen and 2016 see’s him star in Mary Shelley’s Monster. We’ve had the pleasure of meeting Jeremy at the London Film Critic’s Nominations and he is even cuter in the flesh and such a gentleman too.

Aaron Taylor Johnson has actually been around for quite a while (he first starting performing at the age of 6) and first caught our eye when he played a young John Lennon in Nowhere Boy even though he starred in Angus, Thongs and Perfect Snogging. At only 24 he certainly has accomplished a lot in his career starring in Kick-Ass 1 & 2, Savages, Anna Karenina and Godzilla. 2015 see’s him really hit the jackpot as we are about to fest our eyes on his sexiness in Avengers: Age of Ultron as Quicksilver.

Jamie Jamie Jamie *Sigh* this man is pure sex on legs and his career was catapulted into super stardom when he landed the very sought after role as Christian Grey in 50 Shades of Grey. Jamie isn’t just famous for this role however; His major break came in TV series The Fall starring alongside Gillian Anderson. He is set to be in The 9th Life of Louis Drax, Adam Jones and Anthropoid released this year and to many ladies delight he is reprising his role in the further two instalments of 50 Shades which are due for release in 2017 & 2018. Unfortunate for us he doesn’t really use Instagram but he’s still worth the follow.

This fine young man first came to our attention in Magic Mike alongside Channing Tatum, with his luscious good looks and body so hot you could melt ice on it. His actor credits to date maybe small but we predict big things with this major British talent. Previously starring in The Butler and Endless Love his next credit is in a film called Elvis & Nixon which is currently in the filming stages.

Being the son of famous actor, Jeremy Irons, sure can’t be easy when you’re following in Dad’s footsteps but he’s certainly making a name for himself as a talented actor in his own right as well as having those delicious traditional good looks. He was previously a Model for Burberry but after his role in TV series The White Queen his popularity has soared. We’ve since had the pleasure to see him star in The Riot Club and this year’s Woman in Gold, Also due for release this year is the film Harvest where he will play the character of Yuri.

Sam may have never made it onto our screens, as a teenager he was a promising young footballer but due to breaking both ankles at 16 had to give up that dream. Thankfully he turned his talents to acting and we praise the almighty for bringing this sexy young man onto the big screen. After starring in Pirates of the Caribbean: On Stranger Tides his big break came with a bang. He’s since been in Snow White and the Huntsman, The hugely successful franchise The Hunger Games: Catching Fire and Mockingjay parts 1 and 2 (which is due for release this year) and The Riot Club.

Aml may not be as young as some of the other guys on our list but he is certainly cute enough and extremely talented to merit his spot on our list. Aml’s list of TV and film appearances is long and his role in Kidulthood in 2006 won him the title of Best Newcomer at the screen nation awards. Since then he has jetted back and forth between Hollywood and the UK to star in films such as The Butler, Beyond The Lights, The Maze Runner and due to star opposite Jennifer Lopez and Viola Davis in Lila & Eve.

And there we have it, our follow up lust list of the HOTTEST UK Male actors. There were a number of candidates including the very sexy new Superman, Henry Cavill, who didn’t make the list only because on our search we found they didn’t have an Instagram account, making us extremely sad and the job of putting this list together a whole lot harder. It would appear our Male Actors don’t seem to be as vain as their female counterparts.