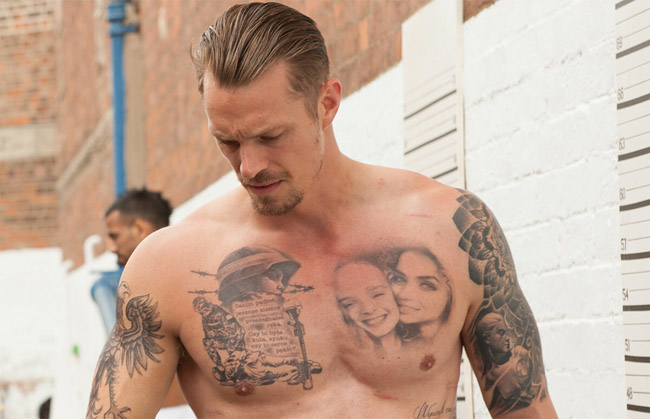 Predictable cliché heaven but immensely thrilling, sucking you into every minute of the action.

We’ve come to that point in the summer where blockbusters have more or less been and gone. Smaller budgeted films now get their chance to spend some time at the mid-year box office, director Andrea Di Stefano – who steps into the helm for his second feature – is given a fighting chance to break free from the confines of the standard set-up thriller with a gripping intensity.

The story follows’ Pete Koslow, played by Joel Kinnaman, a rough and ready ex-gang member wanting a better life for his family. Recently released from prison, Pete turns Informer for the FBI to bring down the polish gang kingpin he had been beholden too for much of his criminal life. With the set-up in place, the situation soon takes a turn for the worse and finds himself enemy number one with his former gang. The kick in the gut comes when the after the FBI agents (Rosamund Pike and Clive Owen) promised to look after him and his family, they turn their back on him in prison. He finds himself in a fight for his life and a fight for his freedom to save his family.

Di Stefano may have created your bog-standard, paint by numbers thriller that brings nothing new to the table, but he has done it with a flare that builds on the intensity scene by scene before hitting his end destination with an explosion of violence. Where others fail to create that connection to a character in this genre, Di Stefano throws that handbook out the window. Creating an unflinching empathy for Pete, he builds layer upon layer to this flawed character that has been screwed over from every which way you turn.

Unlike Pike’s phenomenal performance in last year’s A Private War in which she played murdered journalist Maria Colvin Pike’s role dissipates into oblivion. Time and again Pike’s roles are woefully underwritten and this is no different. Although battling with her bosses cold-hearted and clinically decision to cut all knowledge of Pete, she has that pang of guilt for hanging him out to dry. Clive Owen as the FBI boss play’s the egotistical single-minded character we’ve seen him so many times before. His only concern is for his own corrupt climb up the corporate ladder.

Laced with a few predictable twists and corny scenarios, it’s pretty obvious where this one is going to end up. Some would say its cliché heaven but there is something quite surprisingly enjoyable and ultimately enthralling and immensely thrilling sucking you into every minute of the action.