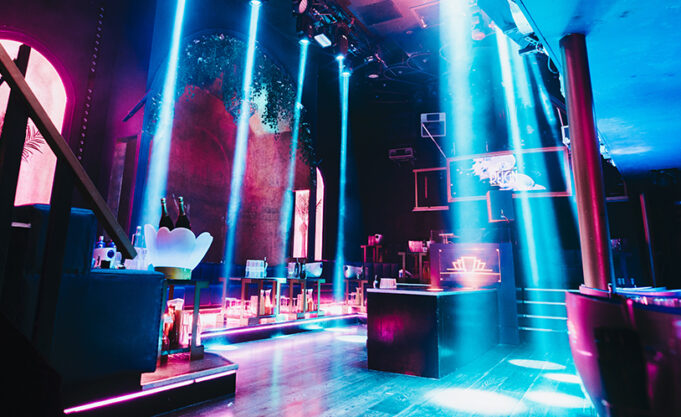 The London REIGN is a quirky London show club situated in the heart of Piccadilly Circus and it’s the perfect spot for those looking for a Las Vegas-style night out.

With a glowing Jellyfish tank that spans four metre’s and flying performers that deliver champagne bottles from the ceiling, you can see why the likes of A-list guests such as Leonardo DiCaprio, Will I Am, One Direction, Brooklyn Beckham, Nicole Scherzinger and Drake have all grace The London REIGN with their presence.

The London REIGN (originally a 1930’s naughty cinema) has recently had performances by the likes of Ludacris, Steve Aoki, Jason Derulo, Sean Paul, Tyga and Pusha T and if you’re looking for a Vegas show-style experience, it doesn’t get much better than this.

Spanning over two Floors and holding up to 450 people, The London REIGN brings all the glitz and glam of a spectacular night out, while holding onto that intimate experience many West End party revellers seek.

With it’s Gatsby style interiors, ambient lighting and now owned by former English Drama student from Brighton Asher Grant (and his black book of high rollers and celebs) along with partners Scott Chester, Francesco Russo, Garry Caprani and Michael Chellew, you can expect to see view an assortment of tantalizing shows and performances during 2020 at The London REIGN. Did we mention, only 1 year of the new operation, The London REIGN won “Best New Club” at the 2018 London Club & Bar Awards?