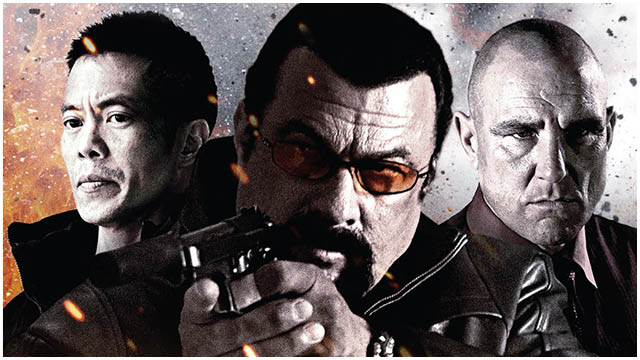 With the release of The Mercenary Absolution, starring Steven Seagal, Vinnie Jones and Byron Mann being released digitally on iTunes and on demand today we have been given access to a few exclusive clips and an infographic to share with you our lovely readers.

Before you check out the clips why not take a look at the trailer first to get a feel for the film.

The Mercenary Absolution will mark the sixth time Seagal is working with director/producer Keonia Waxman (Force of Execution, A Dangerous Man).
When a contract killer (Seagal) encounters a girl on the run from a dangerous mob boss (Jones) with powerful political ties, running a human trafficking operation, he is torn between protecting the girl, and remaining loyal to the government agency that hired him.
What do you think on this fun infographic where both Vinnie Jones and Steven Seagal give us their top life rules? The Mercenary: Absolution is out now on Itunes and On Demand.