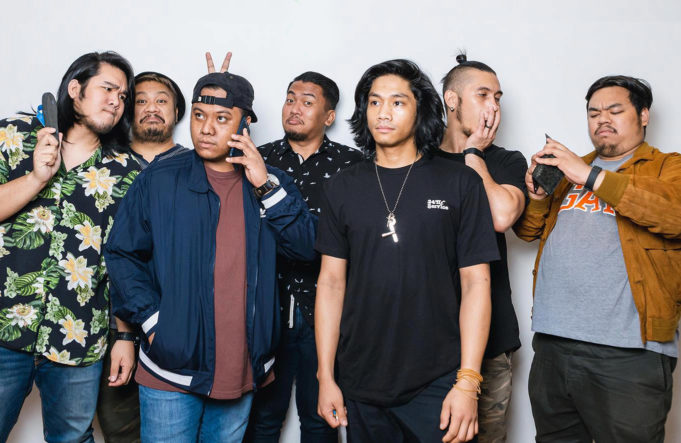 The Metro Fantastic, or TMF, hailing from the heart of the Philippines have been busy in the studio writing and recording their latest single titled ‘There’s No Room for December’. The track will become available from the 14th February.

“There’s No Place for December” is the latest and last single to come out of The Metro Fantastic’s first EP, “The Metro Fantastic, Vol. 1”. Produced and recorded by the band themselves, most of the instrumentation was done in vocalist Carlos’ SaGuijo studio and home, while the drums were recorded over at Michael’s studio and the keys and orchestration done at Choi Padilla’s place. Mixing and mastering were done at 15D Studios in Marikina, by Founder and Director of the studio, Cholo Hermosa.

The song is a departure from their usual in-your-face, beat and groove-driven sound, with the band purposefully taking a step back to breathe and just reflect on the year that was 2018.

According to lead singer Carlos, the song was already done by the time he felt it needed something more, “I’m such a big fan of Sasaya, the vocalist Cyrus is actually a good friend of mine so I was able to make that call — be on the record, and he said yes. I’m lucky,” he said, “the ladies: Leanne and Naara and Zsaris, that’s family so it was a non-discussion in my head: WE HAVE to have them on the track. When I wrote the hook, it didn’t really feel natural to come from a guy so that’s that. They came over to my place, recorded it, then we ate pancakes.”

TMF can be best described as an aggressive amalgam of funk, rock, pop, and hip-hop, with their goal being to push the limits of what a live show is all about. Each and every performance is at a hundred per cent, regardless of venue or audience size.

Now after months in the studio, TMF is set to launch the latest of their singles on the 14th February, just in time for Valentines.