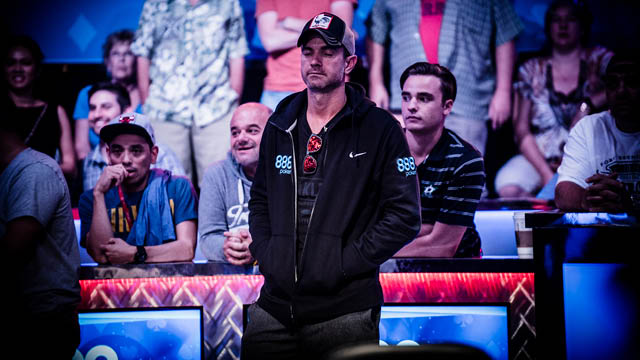 Of course, poker’s had its fair share of rags to riches stories – the most famous of which is when Chris Moneymaker won the Main Event in 2003.

An accountant from Tennessee, his journey stared with an $86 satellite tournament and culminated in a payday of $2.5 million. It launched a huge career for Moneymaker and no doubt Fernando Pons is hoping for the same result. But who is this quiet player from Spain, and how come he’s found himself playing for the biggest stakes of all?

Fernando Pons, or Nando to his friends, is a 37-year-old family man from Palma who lives with his wife and four-year-old daughter. He works full time as an account executive for a retail chain and, until now, would probably describe himself as a ‘recreational player’. But that’s not to say he hasn’t put the hours in. Pons is reportedly a regular at the Casino de Mallorca where he’s performed well in a number of tournaments. However, his career earnings to date, $20,653, underline just what a part-time player he has been.

In July 2016 he decided to follow his dreams and arrived at the WSOP, only aiming to stay five days. But, as he progressed through the main event, gradually gaining a stronger and stronger position, he decided it was worth continuing. There were just two problems for him. Firstly, he had only packed for five days and, secondly, his boss was expecting him back at work on the Monday. However, a quick shopping trip and an explanatory phone call soon sorted these out. His start to the tournament had been a little shaky – on day three he had fallen from having around 280,000 points to just 137,000 but then his fortunes turned and by the end of day four he had more than ten times this amount with 1,580,000.

The final day for Pons was no less tense and one critical hand held the key to his success. Playing Jan Suchanek, he was holding JsJd against his opponent’s AsQc. The flop was Ad 9s3s and when Suchanek hit his ace it looked like game over. But when the turn was 3c and the river was Jc Pons knew he’d done it and was on his way to the final.

When he gets there, on October 30th, Pons has 6,150,000 chips to play with, a twelfth of the 74,500,000 that the leader Cliff Josephy holds. But while the odds may seem to be stacked against him, he can go into the tournament knowing two things – he’ll net £1 million at the very least and that miracles really can happen, especially in poker.